Mississauga intersection closed until Saturday morning due to downed wires 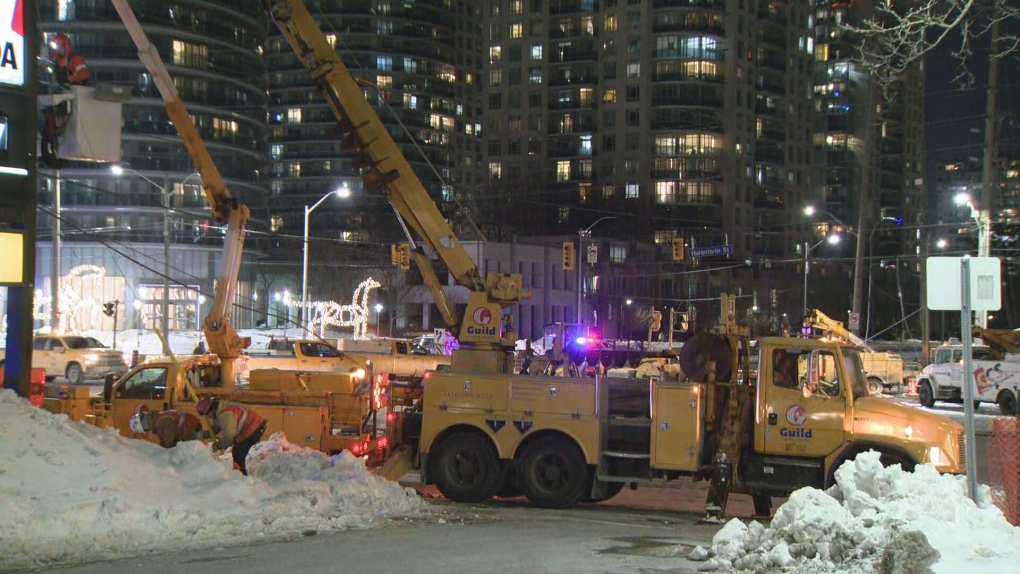 Crews are working to repair fallen hydro wires that prompted the closure of an intersection in Mississauga.

A major intersection in Mississauga will be closed until Saturday morning as crews repair downed hyrdo wires.

Peel police said they were called to the intersection of Hurontario Street and Burnhamthorpe Road just before 3 p.m. after reports of fallen live wires.

The intersection was immediately closed to allow crews to make repairs. No injuries were reported.

Police initially said the closure will only last for a ‘few hours’ but later announced that the intersection will be shut down until Saturday morning.

“Due to the type of wire damage sustained, the roads will remain closed until at least 6 a.m. tomorrow for repairs,” police tweeted.

Hurontario Street is closed from Robert Speck Parkway to Matthew’s Gate, while Burnhamthorpe Road is blocked from Kariya Drive to Arista Way.

DANGEROUS CONDITION:
- Hurontario St/Burnhamthorpe Rd #Mississauga
- Reports of live wires down in the intersection
- No injuries
- The intersection will be closed for a few hours until the repairs can be completed
- Use alternate routes
- C/R at 2:54 p.m.
- PR22-0033344