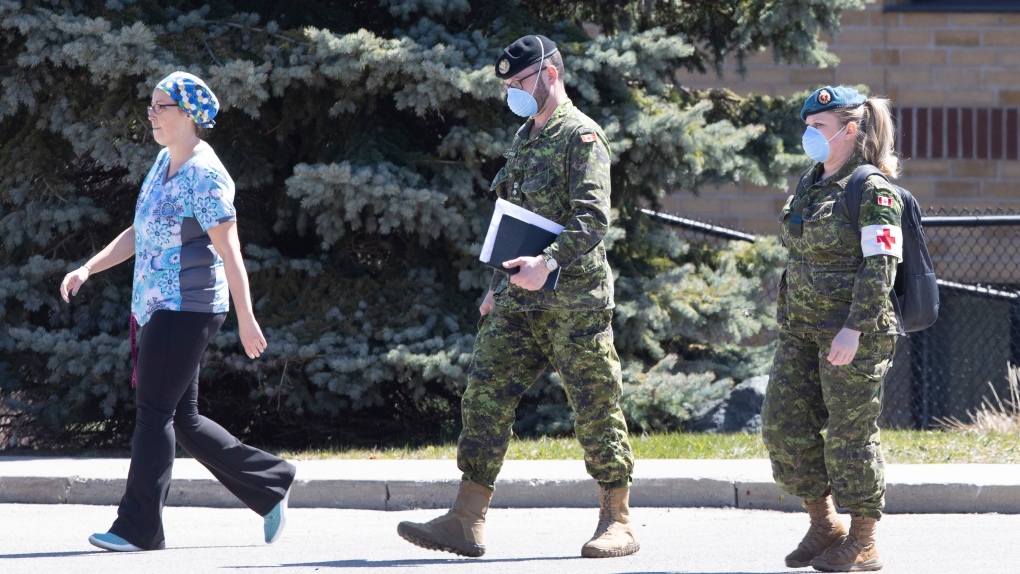 TORONTO -- After about a month and a half, the Canadian Armed Forces (CAF) will be leaving one of six Ontario long-term care homes after no new COVID-19 cases have been reported.

In a statement issued Tuesday, Evelyn MacDonald, the executive director of Eatonville Care Centre in Etobicoke, Ont., said that the facility “remains COVID-19 free” and members of the military, who have been helping staff since April 27, have left.

“The CAF joined our team in our hour of need as COVID-19 presented unprecedented challenges to our home and our team. With many of our staff unable to work, the CAF’s support was critical. I would like to thank the CAF team members for their support,” MacDonald said.

“Thanks to the dedication of our staff and the guidance from our system partners, 138 residents and 106 staff have fully recovered from COVID-19 and there are no COVID-19 resident cases currently in the home. With the continued health and safety of our residents our primary concern, we have conducted additional staff and resident retesting to further verify that our home is completely free of COVID-19.”

One staff member is still suffering from COVID-19, the home confirmed.

The military was deployed to five long-term care homes, including Eatonville Care Centre, at the end of April as they grappled with severe COVID-19 outbreaks.

In June, CAF members were sent to a sixth home—Woodridge Vista Care Community in Vaughan, Ont.—to conduct an assessment.

The results of the deployment to the first five homes were outlined in a damning report made public on May 26 in which the military claimed there were major staffing shortages and a lack of personal protective equipment. They also make much more serious allegations that there were bug infestations, old food trays stacked inside resident rooms and that patients were observed “crying for help with staff not responding.”

At Eatonville Care Centre, where at least 43 residents have passed away after contracting COVID-19, the military alleged that residents who had tested positive for the disease were left to wander throughout the facility. 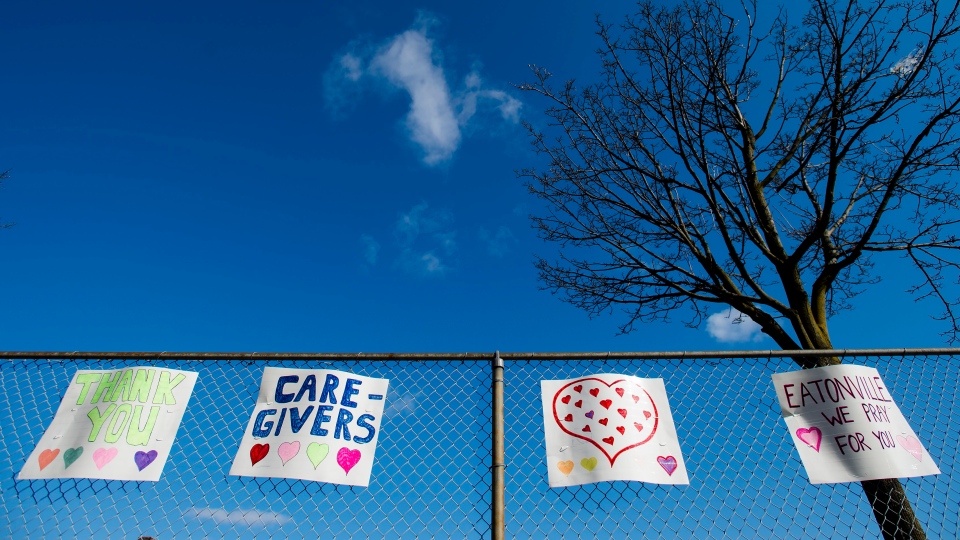 CAF reported that there was a “general culture of fear” among staff in terms of using supplies “because they cost money” and that key supplies were often locked away and not accessible.

The military report did note, at the time, that conditions at the long-term care facilities have improved since they arrived and that a military presence had “an immediate effect on both daily operations and incremental facility recovery.”

The initial agreement with the province would have seen troops withdraw from the homes on June 12, but it was confirmed on that date that they would remain until June 26.

The military has also left Orchard Villa, a long-term care home in Pickering, Ont., where the COVID-19 outbreak was declared over on June 11.

In her statement, MacDonald said that the staff at Eatonville Care Centre will continue to work with their local health unit to ensure the home is following the proper directives. She said she hopes to move towards an “outbreak free status in the near future.”

“Now, as we say goodbye to the CAF, I look forward to returning to a new normal as we provide a caring and engaging environment for our seniors.”