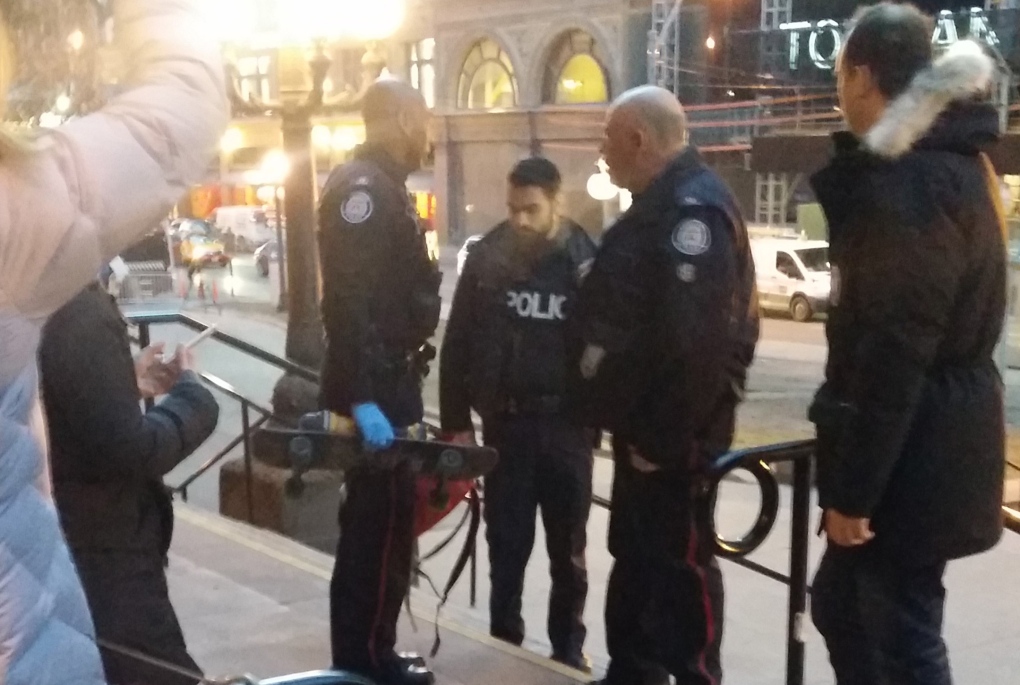 A 19-year-old man is in custody after allegedly bringing a saw to Old City Hall in downtown Toronto early Friday morning.

Police say they were called to the front steps of the courthouse shortly after 7 a.m., where witnesses say a man was yelling and pointing his fingers, indicating he had a weapon.

According to police, the man was shouting at reporters and camera operators who were gathering at the courthouse for the fourth day of the former CBC radio host Jian Ghomeshi’s trial on charges of sexual assault trial and choking.

Police say the man pulled a cordless electric saw without the blade out of his bag, and was allegedly hitting bystanders and spitting. According to police and witnesses, the man muttered that he had a firearm. No gun was seen, police say.

Witnesses tackled him to the ground and restrained while police were called. The man was subsequently taken into custody.

The Ghomeshi trial is set to resume at the courthouse this morning.