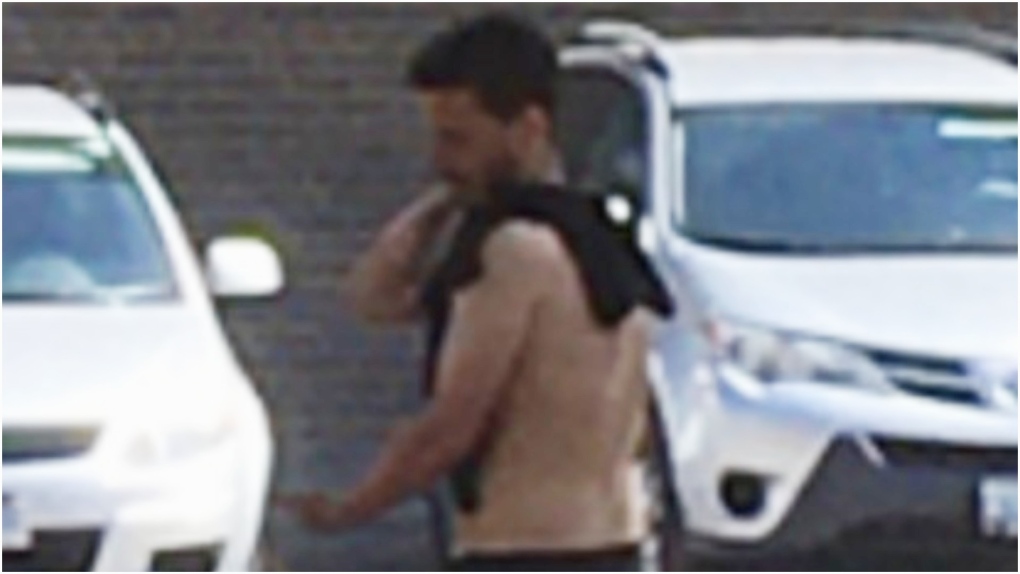 This man is wanted after a child was picked up by the hair in a Toronto park on May 11. (Toronto police)

A man is wanted by police after he allegedly approached a five-year-old child playing at a Toronto park and picked them up by their hair.

Police said they responded to a call on Wednesday afternoon at Grange Park, located in the Grange Road and McCaul Street area.

Police said the child was playing in the park when approached by an unknown man. The suspect “picked the child up by the hair,” before witnesses intervened and helped, police said.

The suspect then left the park, walking towards Queen Street West, police said.

The suspect is described as 25 to 35-years-old, with a medium build, short brown hair, unshaven face, black shirt around his neck, black jeans rolled up and red shoes.