A male victim has been critically injured after a stabbing in Mississauga Wednesday morning.

Officers were called to a building near Bristol Road and Creditview Road around 11:10 a.m. after receiving a call about a stabbing.

When officers arrived, they found a man believed to be in his 30s with life-threatening injuries. He was transported to a local hospital for treatment. 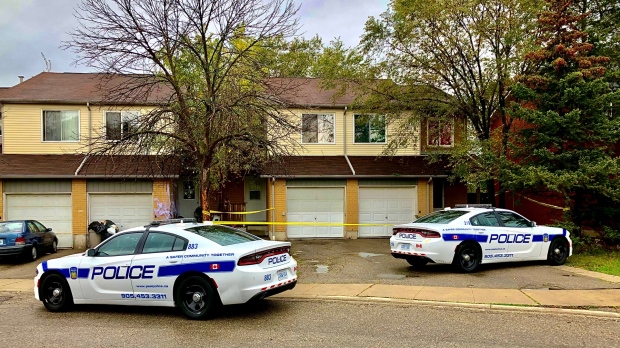 Police said that St. Joseph Catholic Secondary School, located near Creditview Road and Torrington Drive, was placed under a hold and secure order as a precaution. That order has since been lifted.

One male suspect was taken into custody.

"There are no public or community concerns," police said on social media. "This was an isolated incident."

Investigators said the victim and the suspect are known to each other.

STABBING
-Call came in at 11:12am
-In the area of Creditview Road and Bristol Road #Mississauga
-Male victim, unknown age at this time or condition of victim
-As a result of incident, near by school St. Joseph CSS has been placed in hold and secure
-Will advise of further into pic.twitter.com/BNbipupp8d