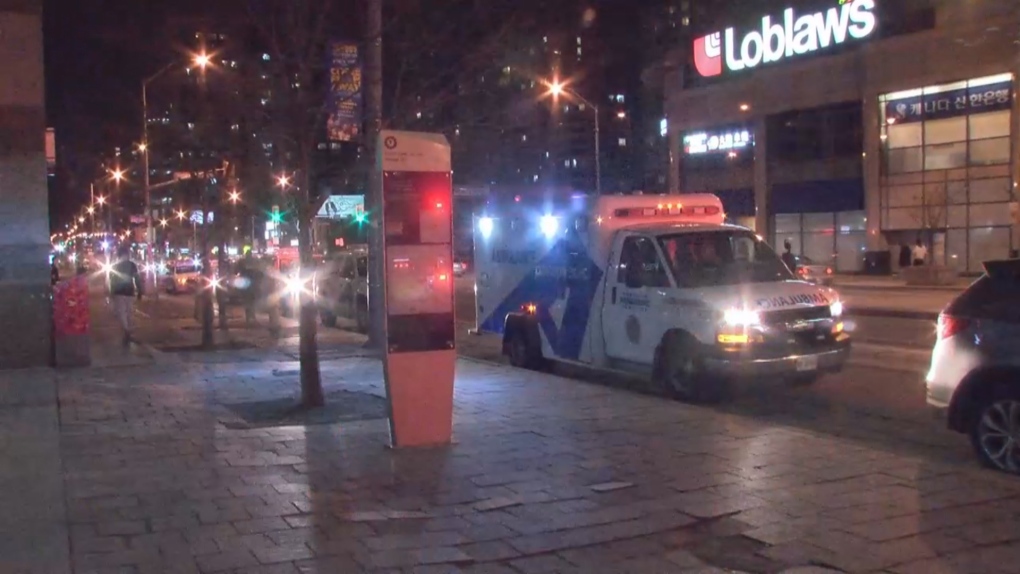 TORONTO -- A man was rushed to hospital after a stabbing outside North York Centre Station early Saturday morning.

It happened shortly after midnight outside the subway station on Yonge Street south of Finch Avenue.

Police say that the victim and his friends were assaulted by a group of six suspects. The victim was then stabbed during the course of that assault.

Paramedics transported the victim to hospital in serious condition but by later on Saturday morning he had already been treated and released, police say.

No arrests have been made and no suspect descriptions have been released at this time.