Man in critical condition after shooting in Toronto's west end

Man in critical condition after shooting in Toronto's west end 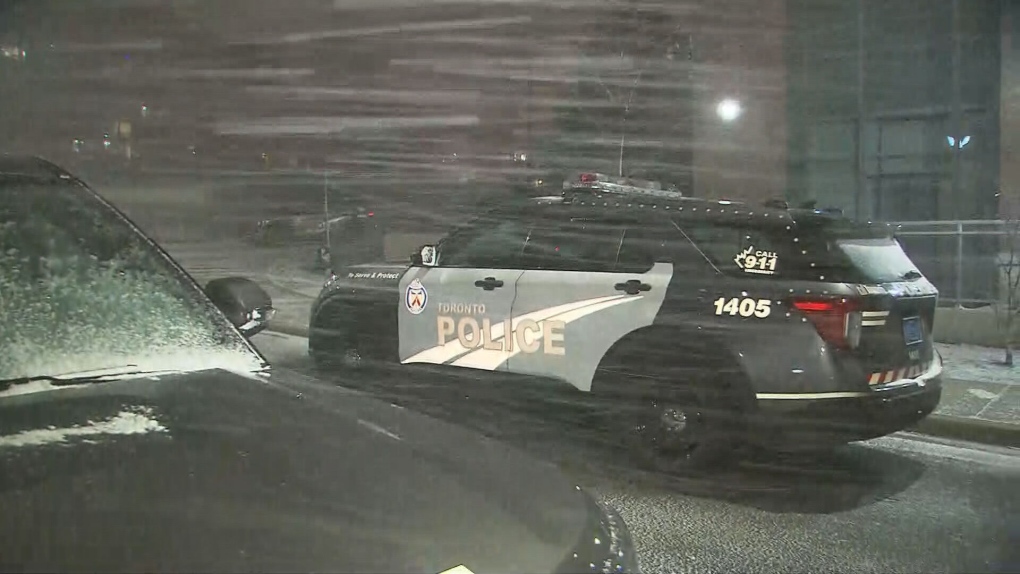 Toronto police are investigating a shooting at a building in the area of King and Shaw.

A man is in critical condition after a shooting in Toronto's west end on Wednesday evening.

Toronto police said they were called to a building in the area of King Street West and Shaw Street at around 8:45 p.m.

When officers arrived, they did not find a victim. Police were later notified that a man walked into a hospital with life-threatening gunshot wounds.

Police said they do not have suspect information yet.

"We're still working on that right now, canvassing for witnesses and compiling videos to come up with more," Acting Insp. Roger Desrochers told reporters at the scene.

"We're still determining exactly what unfolded and where."

Desrochers is asking any witnesses who have yet to speak to police to come forward.

"We really need the public's help to put the pieces together."