Man in critical condition after getting stabbed in Toronto

Man in critical condition after getting stabbed in Toronto 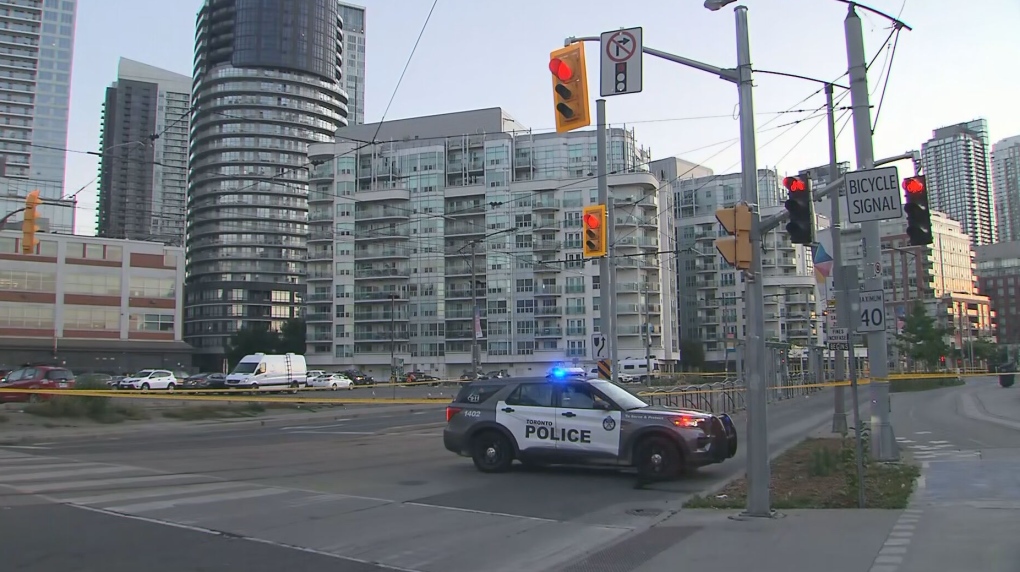 A man has critical injuries after an overnight stabbing in Toronto, police say.

A man is in life-threatening condition following an overnight stabbing in Toronto, police say.

Emergency crews responded to reports of a stabbing in a parking lot near Lake Shore Boulevard and Dan Leckie Way, at around 3:10 a.m

A man was found with stab wounds and taken to a trauma centre in life-threatening condition, police say.

The area is closed as police investigate.

'We shouldn't have to push people': Most provinces have not made Sept. 30 a stat

23 people taken to hospital after workplace exposure to hydrochloric acid in St. Catharines

A total of 23 people have been taken to hospital in St. Catharines following a hazardous workplace incident on Tuesday.

Can I book my COVID-19 bivalent booster that targets Omicron? Where each province, territory stands

Canadian employers are anticipating the highest salary increase in two decades as they try to balance inflationary pressures, surging interest rates, recession risks and a tight labour market, a new survey has found.