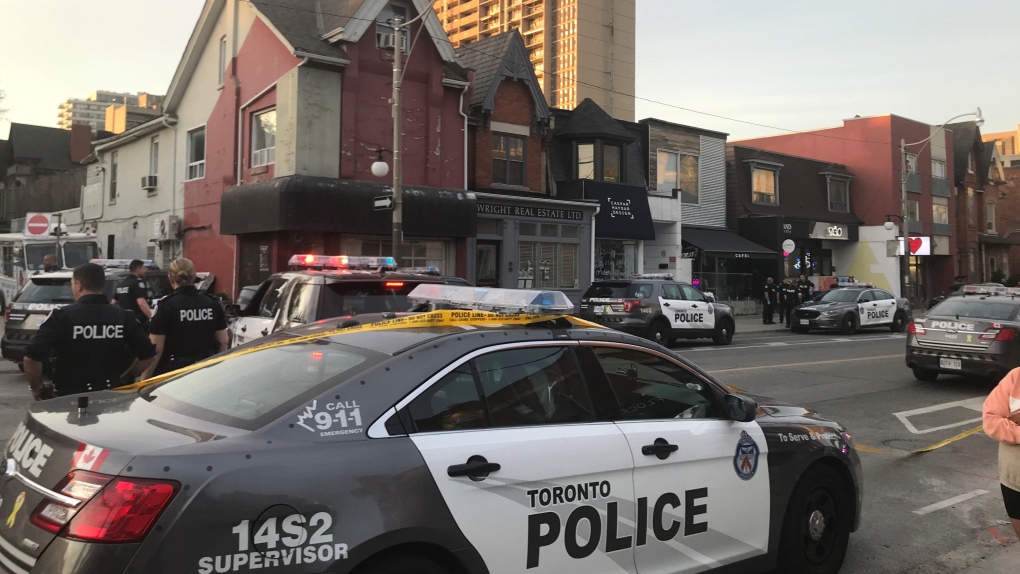 TORONTO -- A suspect is facing a lengthy list of charges following a weekend pursuit in which a Toronto police cruiser was stolen and another vehicle burst into flames after crashing into a store.

The chase began in the city’s east end before coming to a close near the University of Toronto campus downtown.

Toronto police said officers responded to reports that a vehicle was speeding in the area of Eastern and Coxwell avenues. Police tried to stop a black 2017 four-door Ford Fusion, but the driver did not stop and police broke off their chase out of public safety concerns.

“The vehicle was then involved in a collision and drove into the display window of a store near Queen Street East and Jarvis Street,” Toronto police said in a news release.

Police said the vehicle burst into flames after crashing into the store.

“An officer arrived on scene and ran to the burning car to provide aid to the driver,” police said. “However, the driver, who is the suspect, had already exited the car.”

The suspect then got into the responding officer’s car and fled the scene. Police said they tried several times to stop the car, but eventually broke off the pursuit.

The vehicle eventually stopped on Harbord Street, near Robert Street.

According to reports from the scene, the suspect got out of the vehicle near a dispensary and started giving people high fives.

An officer approached the suspect to arrest him. Police said a struggle ensued when the suspect resisted and the officer was assaulted.

Backup eventually arrived and the suspect was taken into custody. Video from the scene showed a man in handcuffs being led into an ambulance.

Police said Monday that 43-year-old Cosmin Radulet is facing a long list of charges, including dangerous operation, flight from police, assault with a weapon and fail to remain.

Anyone with further information about the incident is being asked to contact police.

With files from CP24’s Kelly Linehan