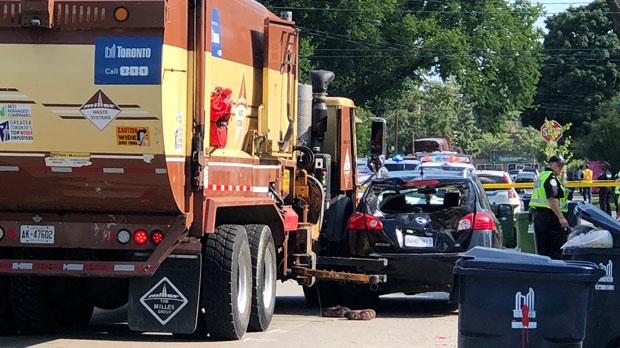 A garbage truck driver has died after being pinned between his truck and a car. (Peter Muscat)

Toronto police say that the driver of a garbage truck has died after becoming pinned between his vehicle and a car in Etobicoke.

Officers arrived to the intersection of Twenty Sixth Street and Elder Avenue around 2:10 p.m. on Wednesday.

Toronto police said that a man in his 50s was found without vital signs. He was rushed to the hospital where he was pronounced dead.

The victim was later identified by officers as the driver of the garbage truck.

The truck belongs to Miller Waste Systems, which is contracted by the City of Toronto.