TORONTO -- A man was found dead after what police are calling a "moving gun battle" through a Scarborough apartment building Saturday afternoon.

Zachary Antrobus, 27, was found suffering from multiple gunshot wounds in the lobby of a building on Danforth Road, north of Eglinton Avenue East, at around 4:40 p.m. He was pronounced dead at the scene.

Investigators said that Antrobus, a resident in the building, was targeted and ambushed when he returned home, as he was walking up the stairs to the fourth floor.

"There was a moving gun battle going on, as the now deceased was fleeing from the attacker, up the one stairwell, across the fourth floor hallway, and then down another stairwell," Toronto Police Homicide Detective Paul Worden said.

Worden told CTV News Toronto that about 15 to 20 shots were fired.

"There were numerous bullet ricochets off both walls, the ceilings; there was a trail of blood from the victim being hit. Anyone could have come out of their apartment at any time and walked into the middle of this gun battle." 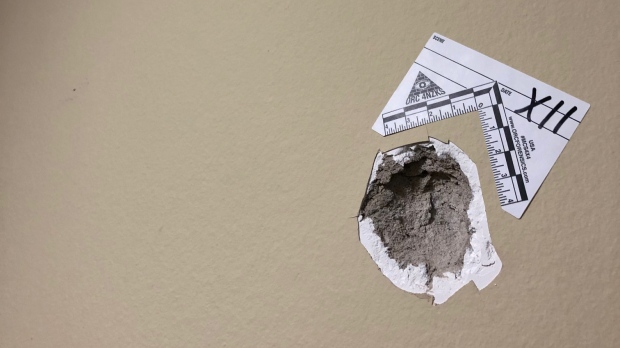 The suspect was seen fleeing through the front doors of the building and running across Danforth Road into a waiting vehicle in a plaza parking lot. Police said the vehicle, which was possibly white, then went northbound from plaza onto Danforth Road toward Lawrence Avenue.

Police believe this shooting was gang-related and are looking into a possible connection to another shooting in the same area on Nov. 2, when a man was shot in the leg while he was inside a bar on Danforth Road.

The victim suffered non-life threatening injuries and brought himself to hospital.

On Sunday, forensic investigators were still processing the large scene inside the apartment building, where multiple bullet holes and a blood trail could be seen in the stairwell and hallway. 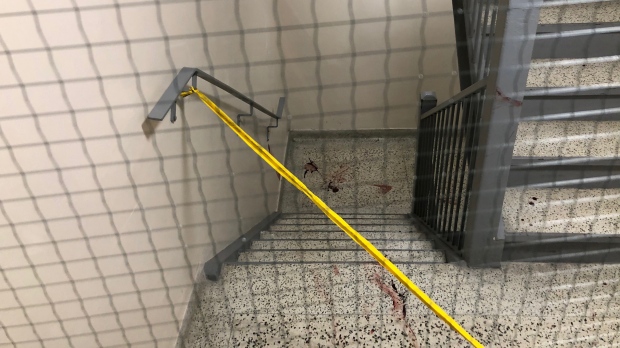 Neighbours, who didn't want to be identified, told CTV News Toronto the victim had lived with his family in the building for years. They said they feel unsafe in their own homes after the daytime shooting through their hallways.

"It could've gone through the walls or door. It's unfortunate somebody was killed, but thankfully, nobody else was injured," said Worden. "It just goes to show the callousness and the determination the shooter had to chase down this victim."

Antrobus is the city's 65th homicide victim of the year. 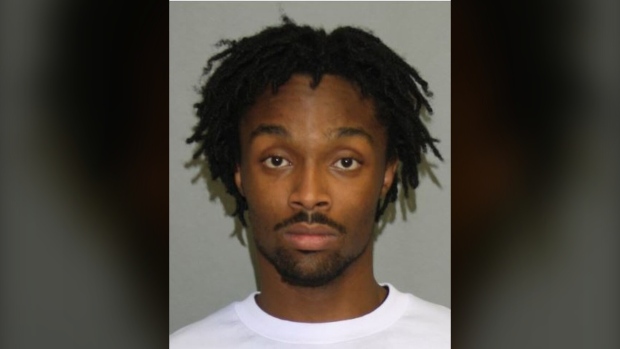 Investigators are in the process of reviewing security video to try to identify the suspected shooter and getaway driver.

Anyone with information about the homicide is asked to contact Toronto police or reach out to Crime Stoppers anonymously.