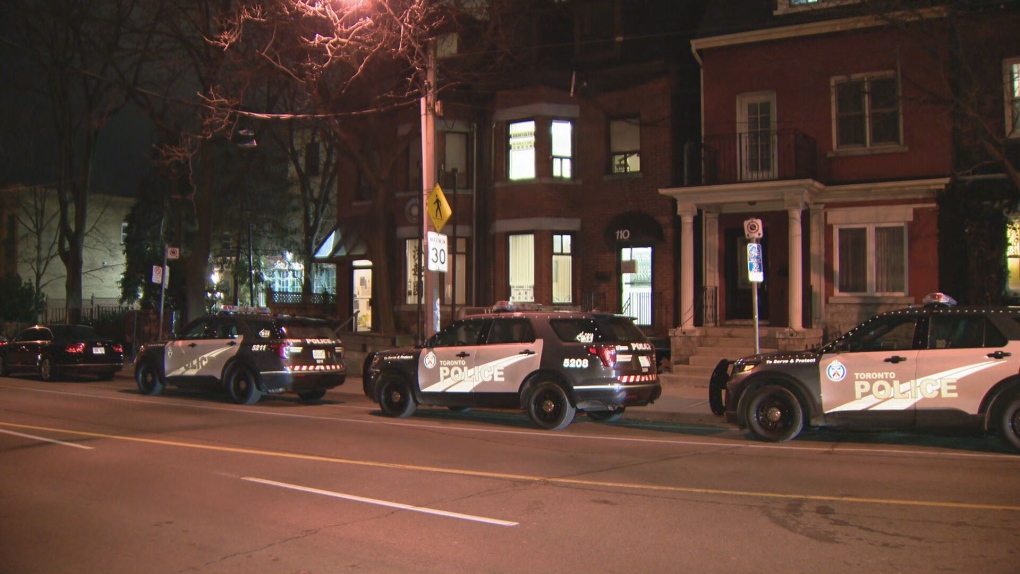 Toronto police are on the scene of a stabbing in Grange Park that left one person in critical condition.

A man has been critically injured in a stabbing in the city’s downtown neighbourhood of Grange Park, Toronto police say.

It happened around 8 p.m. Friday in the area of Beverley Street and Dundas Street West, east of Spadina Avenue.

Police said officers located a man, believed to be in his 40s, with a stab wound.

He has been rushed to a trauma centre in life-threatening condition.

No suspect information was immediately available.