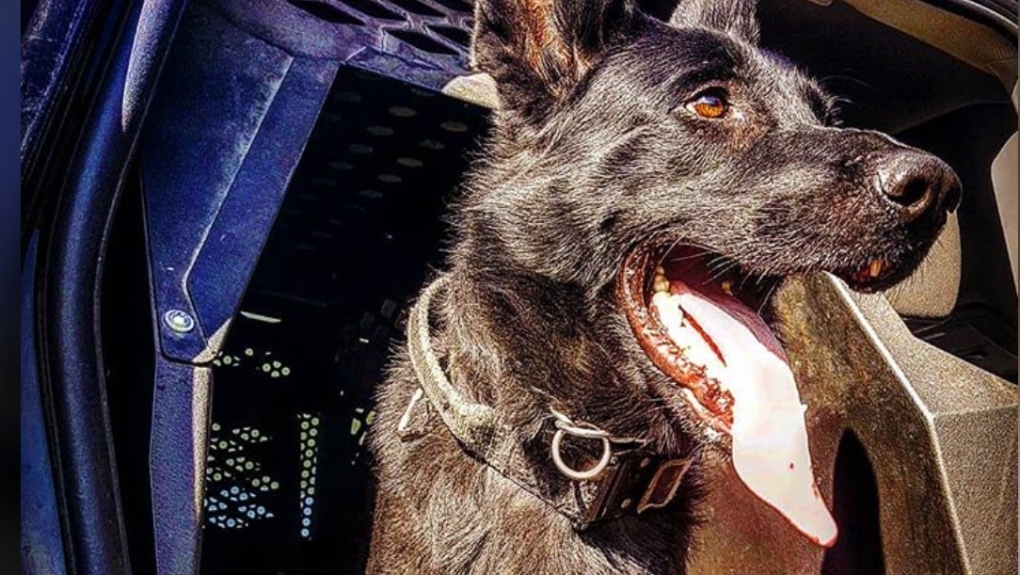 A man has been charged after he allegedly assaulted Rogue, a police dog, in Oshawa on Monday, Jan. 14, 2020.

TORONTO -- A 41-year-old man has been charged after allegedly assaulting a police dog in Oshawa on Monday.

Durham police said they responded to a “disturbance” at a residence on Olive Avenue at around 10:20 p.m.

Someone at the residence told police the suspect had been damaging furniture and smashing windows, investigators said, and officers then attempted to arrest the Oshawa man who appeared to be under the influence of drugs.

During the arrest, the suspect attempted to flee from officers and the service dog was deployed to prevent the escape of the subject, police said.

The man then allegedly attempted to choke the dog using its collar during the “violent struggle,” police said. 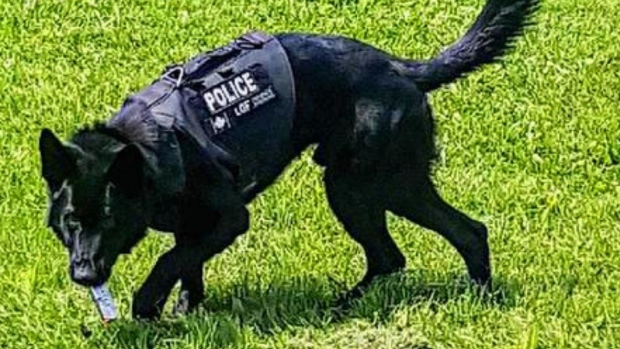 Officers said they were able to eventually gain control of the man, and he was taken into custody.

The suspect sustained minor injuries and was taken to a local hospital, officers said.

Police said the man continued to act in an assaultive and aggressive manner at the hospital and he was administered Naloxone.

The police dog suffered minor injuries during the arrest.

The man has been charged with two counts of mischief/damage property under $5,000 and one count of willfully causing pain, suffering or injury to an animal.

Police said he was later released at the hospital on an undertaking.