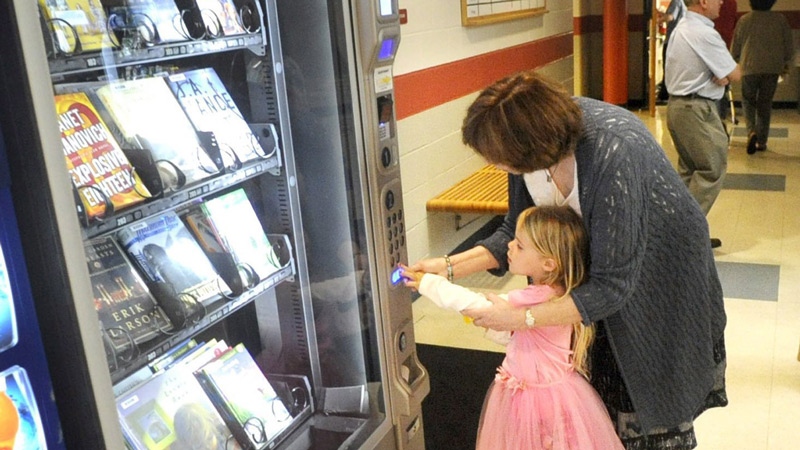 The Toronto Public Library hopes to open a self-service book-lending kiosk at one of the country's busiest transportation hubs.

Critchley said specific details have yet to be determined. It is not yet known when the kiosk will be installed or where in the station it will be located.

The library board has also not decided on a model, nor do they know exactly which products will be offered. The board proposal suggested the kiosk would provide access to high-demand books and DVDs. Book-lending vending machines are already available in Ottawa, Edmonton, New York and Los Angeles, as well as across Europe, Asia and Australia. The machines will dispense books with a swipe of a library card.

The kiosk may also allow users to download e-books, inspired by a vending machine available in Japan. Similar machines let users scan their library cards, then provide a receipt with a QR code that can be scanned with an e-book reader or smartphone.

The pilot project will launch at Union, a location chosen due to high traffic and convenience for commuters.

With links to streetcars, subway trains, GO Transit and Via Rail, Union Station is the busiest transportation facility in Canada. According to the City of Toronto, the downtown station sees an average of 250,000 passengers each day.

If successful, the library will expand the project, and kiosks may be installed in subway stations and other community locations. They may also be installed in branch lobbies to provide after-hours access for customers.

Each kiosk will cost approximately $200,000 and would be funded by the city, according to a proposal presented at a Toronto Public Library Board meeting. There may also be staffing costs, depending on the model of kiosk used.