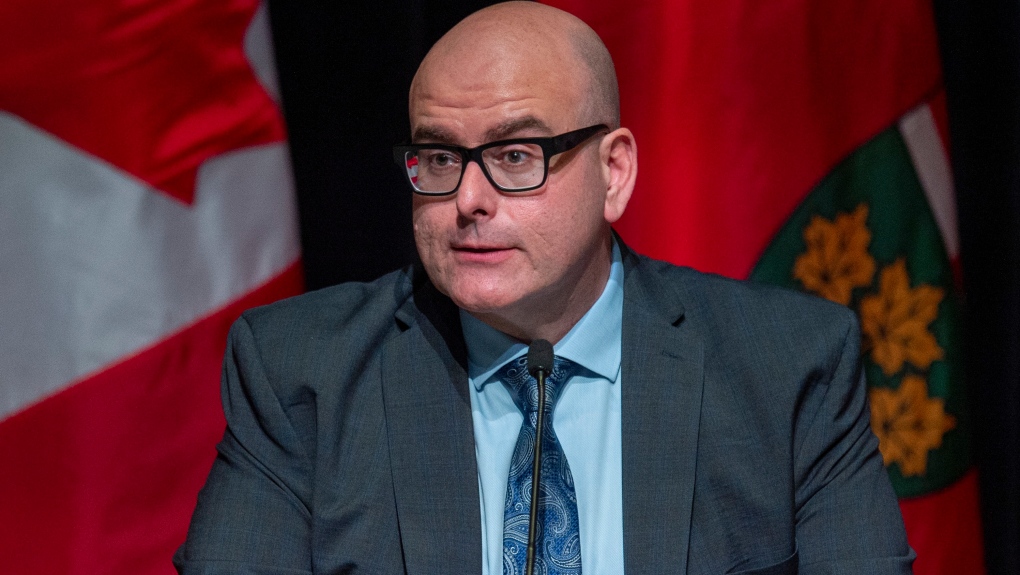 TORONTO -- Liberal Leader Steven Del Duca is calling on Premier Doug Ford to convene a meeting with a range of stakeholders, including the opposition parties at Queen’s Park, amid what he says is an “urgent need” for “clear vaccine mandates and a provincewide vaccine certificate.”

Del Duca made the request in an open letter sent to Ford on Tuesday morning.

It comes on the heels of British Columbia announcing a plan to make proof of vaccination a requirement for individuals to attend certain non-essential businesses and events.

Quebec has also announced that it will mandate vaccination for access to some non-essential businesses and events in the fall.

“I am writing today, once again, regarding the urgent need for responsible leadership on clear vaccine mandates and a province-wide vaccine certificate,” Del Duca says in the letter.

“There is significant and growing consensus on these matters from leaders in health care, education, business and the municipal sector. I believe we all share the same goal, which is to minimize the negative impact of a fourth COVID-19 wave here in Ontario, and to get through this pandemic as soon as possible.”

The Ford government has repeatedly dismissed calls to implement a so-called “vaccine passport” system in Ontario but as case counts rise amid the fourth wave of the pandemic it is facing increasing pressure to reconsider that position.

Ford has said a vaccine passport would lead to a “split society” while several ministers have said Ontario’s current printed vaccine receipt, one that can easily be forged on a computer, can suffice.

In an interview with CTV News Channel on Monday morning, the scientific director of the science table Dr. Peter Jüni said that “we may need to have some new restrictions” to curtail the rise in cases but he said that those restrictions should “predominantly be aimed at those people who are vulnerable and that is the people who are unvaccinated.”

“The task at hand now is to really make sure that all people get vaccinated, especially those my age and older, because they will have a very high risk of ending up in in the ICU, perhaps one in 100 over the next six to 12 months,” he said.

British Columbia’s vaccine mandate for access to some non-essential businesses and events will go into effect Sept. 13. It will initially only require that individuals be partially vaccinated, however as of Oct. 24 individuals must have had two doses of COVID-19 vaccine.

Del Duca does not say in his leter what form a vaccine mandate should take in Ontario but says that a meeting must be held as soon as possible to begin discussions on the topic.

“The time for half-measures has passed,” Del Duca said in a press release. “Ontario families need responsible leadership and decisive action to keep them safe, and that means making vaccination mandatory in some higher risk nonessential settings.”

How to get proof of your COVID-19 vaccination in Ontario