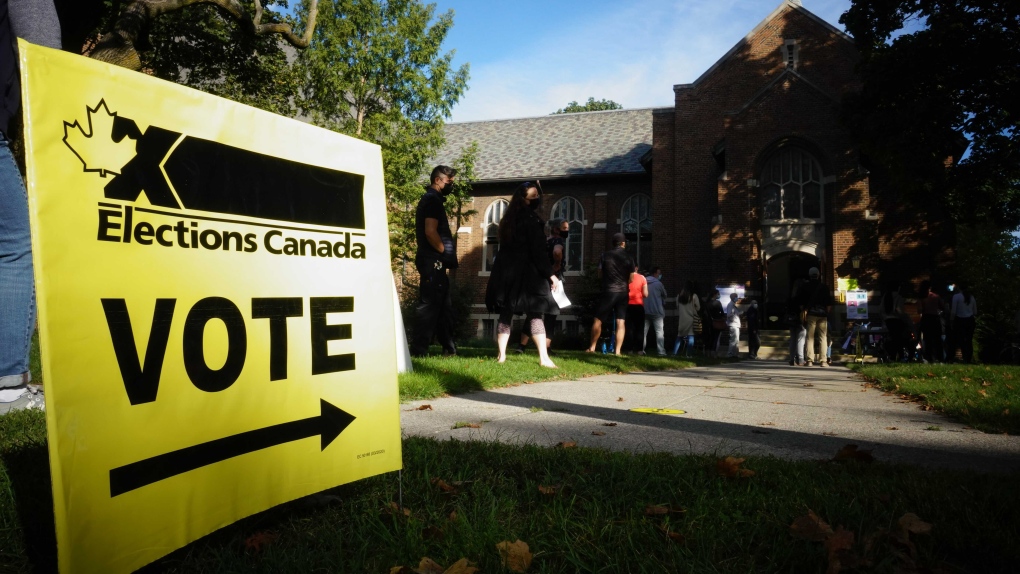 People start to line up early for the Canadian general election before polls open in west-end Toronto for the Monday, Sept. 20, 2021. THE CANADIAN PRESS/Graeme Roy

TORONTO -- Liberal Julie Dzerowicz has won reelection in her Davenport riding by the slimmest of margins, CTV News declares.

Counting of mail-in ballots continued through today in the race, which was too close to call Monday night on Election Day.

With 100 per cent of the votes tallied, Dzerowicz emerged the winner by a mere 165 votes, narrowly defeating NDP challenger Alejandra Bravo.

Her win does not shift the result of the overall election, which handed Justin Trudeau’s Liberals another minority government.

However it does underscore the importance of Toronto for the Liberals, with the party once again sweeping the city and most of the GTA in order to win power.

Dzerowicz has represented the riding since 2015.