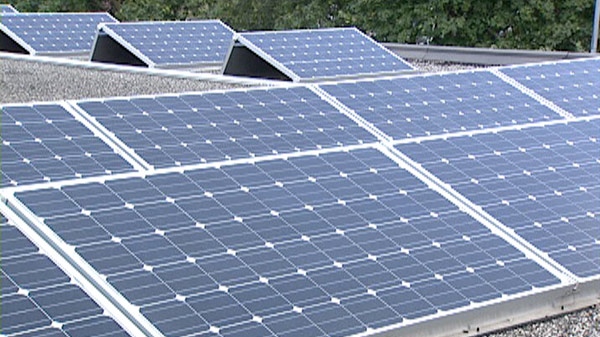 Since all of Ontario's political parties say they want to create jobs, Environmental Defence executive director Rick Smith doesn't understand why some want to scrap, or amend, the Green Energy Act -- which he says does just that.

"Very clearly, windmills and solar panels are the way of the future," Smith recently told CTVNews.ca. "By some estimates, trillions of dollars in potential green energy investments are looking for a home right now around the world. The question is, are those investors going to come to Ontario? Are we going to create those jobs here or let those jobs be created in Germany and China?"

A zoologist by training and head of Environmental Defence since 2003, Smith was part of a task force that worked for years to help develop the act. One of the Liberal government's trademark pieces of legislation, it became law in May 2009, designed to spur the creation of "green-collar" jobs to replace about 300,000 manufacturing sector positions that disappeared from Ontario in the last decade.

It streamlined the process for launching renewable energy projects, entrenched energy efficiency into the building code and allowed small energy producers -- such as farmers with windmills -- to provide power to the provincial electricity grid at a guaranteed rate.

It has been described by environmentalist and former U.S. vice-president Al Gore as the strongest energy-related law in any jurisdiction on the continent.

Tim Hudak's Progressive Conservatives -- who were neck-and-neck with the Liberals in public opinion polls released in mid-August -- see things differently, and have vowed to scrap the act if they are elected to lead the next government. They blame it for Ontario's ballooning hydro bills and have vowed to move forward with natural gas plants instead of fostering solar and wind power.

The Green Party would keep much of the act in place, but says it would prioritize access to the power grid, and thus to energy income, to locally based projects.

The Liberal government has taken criticism for its $7-billion green energy deal with Korean giant Samsung, which is building windmills and four manufacturing plants in Ontario. So far, only 600 of 16,000 jobs promised through the deal have materialized.

The New Democrats have also suggested some changes to the act, saying they'd like to see the control of renewable energy taken away from the private sector, with a larger role for Ontario Power Generation. Smith worries that would stunt the sector's development, saying most investment so far has been from private industry.

Smith shies away from allying with a party and is quick to point out that his organization is non-partisan. But ask him about the Green Energy Act and it's clear he'd rather not consider the possibility it could soon disappear.

"It's our job to work with whatever party's in power to continue to educate the public in a discussion about what progress looks like," said Smith, whose organization has worked on successful campaigns to protect the Greenbelt, ban bisphenol A from children's products and install the Blue Flag water safety system at Canadian beaches. "But the very exciting thing about the Green Energy Act is that it's working."

He notes both the Conservatives and New Democrats have also vowed to repeal 2010's Far North Act, which protects a significant swath of Ontario's north from development. Mining, forestry and First Nations groups have opposed the act, saying it limits the opportunity for economic development and will keep northern communities in poverty.

"Some parties are clearly in favour of proper land use planning and construction of renewable energy, some are not," Smith said. "There are clear differences emerging between the platforms that I hope Ontarians focus on."

Looking to the rest of the election campaign, Smith said he'd like to see more focus on environmental issues, such as eliminating air and water pollution, public transit and protection of farmland from urban sprawl by expanding the Greenbelt.

But despite all there is left to do, Smith praised the province's progress in recent years, noting the plan to shut down all coal plants by 2014 will be a huge victory if it comes to fruition. Currently, the Liberals and Conservatives are on board for the planned target, and the Greens and NDP believe the plants can be shuttered even sooner.

"It will be the single biggest contribution to pollution reduction in North America ever," Smith said. "Ontario is doing dynamite compared to other jurisdictions... But there remains a lot of work to do by the provincial government."