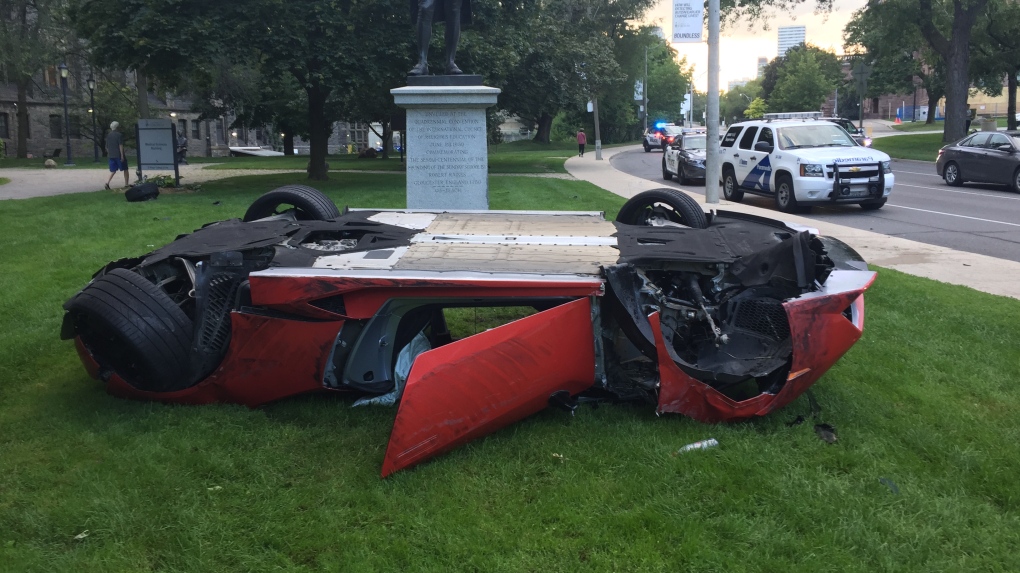 A Lamborghini was involved in a collision at Queen's Park on Saturday night. (CTV News/Ricardo Alfonso)

Police are looking into speeding as a factor following a two-vehicle collision in Queen's Park Saturday night.

Toronto police said they were called just before 7 p.m. in the area of Queen's Park and University Avenue for reports of a crash involving a car and a pick-up truck.

When emergency crews arrived, officers found a Lamborghini on its roof on the park's lawn.

The pickup truck sustained significant damage on its front side.

Police said all occupants of both vehicles did not sustain any serious injuries.

No charges have been laid at this point.