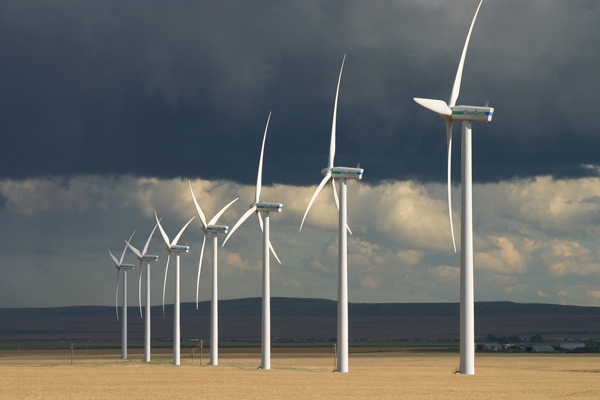 TORONTO - Ontario's push for green energy has sparked a dispute with Japan, which is poised to launch a formal complaint over government subsidies for firms that are building solar and wind power projects in the province.

The Japanese Embassy in Ottawa confirmed Monday that the country plans to file a complaint against Canada with the World Trade Organization over the subsidies, but declined to comment further.

"I don't believe it has been filed yet, but what I understand is that that is a work in progress," embassy spokesman Jung-Suk Ryu said.

At issue is Ontario's feed-in tariff program -- or FIT -- which set a fixed price for electricity generated by renewable energy projects, such as wind turbines and solar panels.

But companies are required to have a certain percentage of their project costs come from Ontario goods and labour.

"Solar panels or other equipments exported by Japanese companies to Ontario are less favourably treated than those locally produced," states a document prepared by Japan's Ministry of Economy, Trade and Industry.

Japan also believes the subsidies are prohibited under General Agreement on Tariffs and Trade. It plans to conduct formal talks with Canada under the WTO "to solve this problem," the memo said.

"We believe that we struck the right balance in terms of ensuring that companies, businesses from outside Ontario and outside Canada can, in fact, participate in our feed-in tariff program," he said Monday.

"It's the first of its kind in North America. It is growing in leaps and bounds, and we are determined to be a manufacturing centre of excellence when it comes to wind turbines, solar panels and the like."

McGuinty has been a big proponent of his government's Green Energy Act, which he says will help create 50,000 new jobs as the province moves towards more renewable forms of energy.

The biggest announcement so far has been a $7-billion deal with Korean giant Samsung to build wind and solar farms, along with four plants to manufacture components for green energy projects.

But McGuinty could be on his own if the dispute ends in a costly settlement. Prime Minister Stephen Harper has said he won't be paying if another province sparks a trade dispute.

Harper's warning came after the federal government shelled out $130 million to settle a dispute with AbitibiBowater after Newfoundland and Labrador took the controversial step of seizing some of Abitibi's assets when the struggling company decided to shut down a mill.

Abitibi filed a $500-million claim under the North American Free Trade Agreement after its paper mill, as well as its water and timber rights in central Newfoundland, were expropriated in 2008.

Premier Danny Williams was unapologetic, saying his province wouldn't reimburse the amount needed to settle claims it illegally seized some of the paper giant's assets.