'It's like Christmas': Volunteers hand out winter survival kits to the homeless 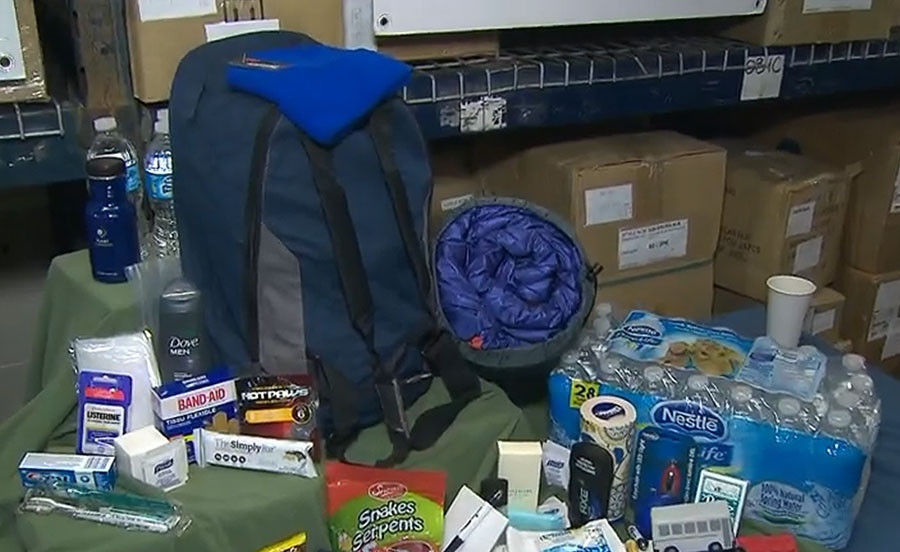 With Toronto getting its first real taste of the winter season, volunteers took to the street on Saturday to distribute survival kits to keep the city's homeless population warm.

More 150 volunteers helped put together 3,000 packages, and handed them out on the city's streets.

The charitable initiative, called Project Winter Survival, has doled out more than 20,000 of the winter survival kits over the past 15 years.

They contain cold-weather necessities, such as sleeping bags, toques, gloves, socks and scarves, as well as toiletries and some snacks.

"We've got nutrition bars and a rain poncho. On days it's damp they can use it as a tarp," volunteer Jodi Steinhauer, founder of the charity Engage and Change, told CTV Toronto.

Police officer Staff Sgt. Courtney Chambers was also among the volunteers on hand to help give out the kits.

"Our officers are able to provide one of these kits to kids they come across in the event they can't talk them into going to a shelter," Chambers said.

While the items may seem like small comforts, recipients say they make a big difference.

"Even the little things inside the sleeping bags, it's like Christmas," said volunteer Debi Okane, who was homeless for two years.

"That's how I felt when I would get something, I always felt like Santa came," she added.

Each kit costs about $25, which is raised by donations from the public and corporations. It is money that goes a long way in helping those living on the street keep warm on cold winter nights.

"It's great. It goes a long way when you get bandages, nail clippers, a toothbrush – all this stuff, it's great," said Jimmy Pudjanas, who is homeless.

With a report from CTV Toronto's Natalie Johnson