TORONTO -- Police north of Toronto have launched an animal cruelty investigation after the dismembered bodies of four cats were found in a park.

“It’s really disturbing,” Fabio, who discovered the first cat’s remains while walking his dog in Belair Way Park in Vaughan, Ont. on May 13, said.

“We just kind of let him run around here in this area, and then he sniffed out a cat. And we went over and it was just, you know, a gruesome, gruesome sight. It was dismembered.” 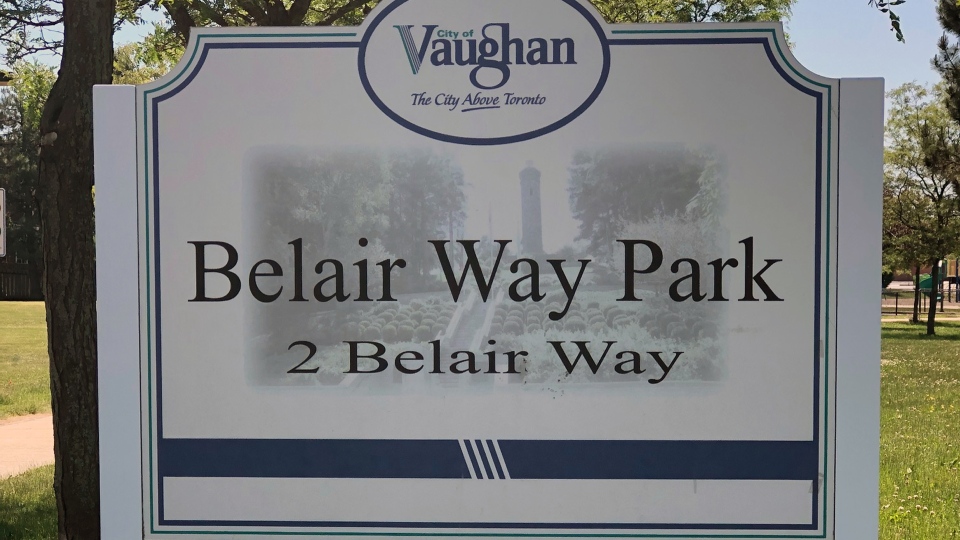 His fiancée, Stefania, said she was immediately suspicious the cat had been killed by a human being.

“When we did call Animal Services, that’s what they described to us. It’s not something that they usually see when an animal is attacked by another animal so that’s when the concern came about. It was awful.”

Members of the York Regional Police have now issued a public warning to area residents, informing them of the cats’ deaths and asking them to “keep their cats and small animals inside their homes.”

“York Regional Police wanted to make the community aware of some incidents of animal cruelty that have taken place in Belair Park,” Det. Michael McKeraghan told reporters on Tuesday afternoon.

“Back last month… we received information that several cats had been found in the park here and had been found deceased by Animal Control. The injuries are such that we believe they were not made by an animal at this point, a predatory animal, and that’s the reason for this news conference.” 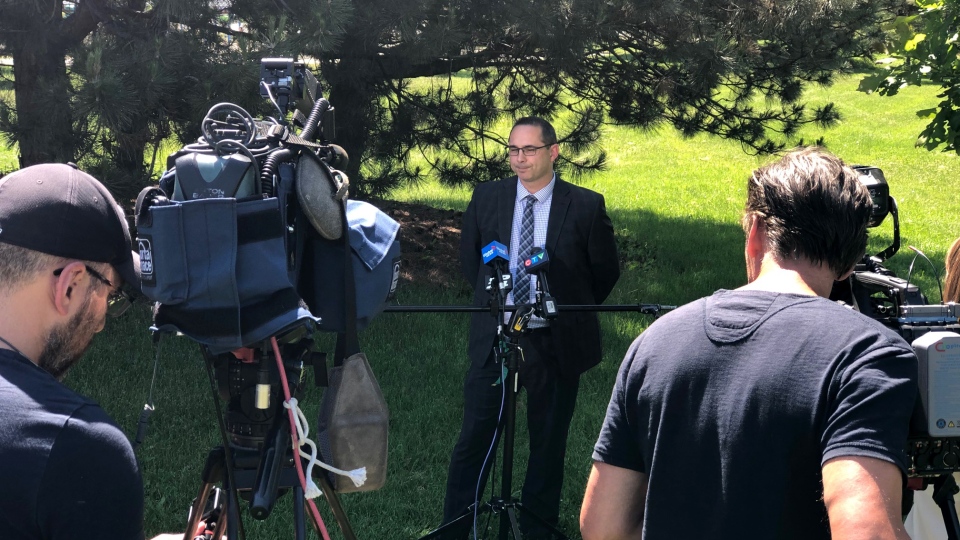 Irena believes her cat was one of the victims. The area resident says her pet went missing on May 8. Several days later, Irena’s children went online to ask for help.

“Our kids had posted on social media her missing cat poster. Within minutes we got a call from a neighbour that they had found a cat here in the park, and it looked to be ours.”

Irena said she went to the park to retrieve her cat, who had clearly died from severe injuries.

“Finding her like that was quite upsetting. To think that someone could actually do that to a living thing, that she had been hurt intentionally.”

D’anna, who lives alongside the park, said since she first learned her neighbour’s cat had been killed, she’s been too scared to let her own pet go outside.

“It’s an animal. It’s a life. It’s horrible. I just honestly, I’m sick to my stomach. I cannot believe there’s people that would do that.”

Fabio said he has personally seen each of the four dismembered cats, and their wounds appeared to be identical.

Police said they were first alerted about the incidents by Animal Control officers on May 19. The most recent discovery was on June 13. All of the cats were located in the same area of the park.

ANIMAL CRUELTY INVESTIGATION- Pet owners in the area of Belair Way Park, Woodbridge are urged to be cautious after 4 cats were found deceased in the park. Investigators do not believe the deaths were accidental or a result of a predatory animal. Anyone with info is urged to call

McKeraghan said he would not describe the injuries out of respect for their loved ones.

“Anytime there is animal cruelty that obviously affects people,” he said. “Many of our community treat our pets just like any other loved one that we have, just like in my home.”

“This is one of those cases that obviously pulls at heart strings and hopefully we’ll get some support from the community and we’ll move forward in this case.”

Furthermore, police said they are also probing possible links to a 2013 case where residents found the decapitated heads of six cats over the course of a month in late summer. Officers have described the circumstances are similar.

That case has not been solved.

Anyone with further information regarding this investigation is asked to contact police or Crime Stoppers.