'I'm so thankful': Peterborough man reunited with stolen pendant which contained ashes of his deceased son 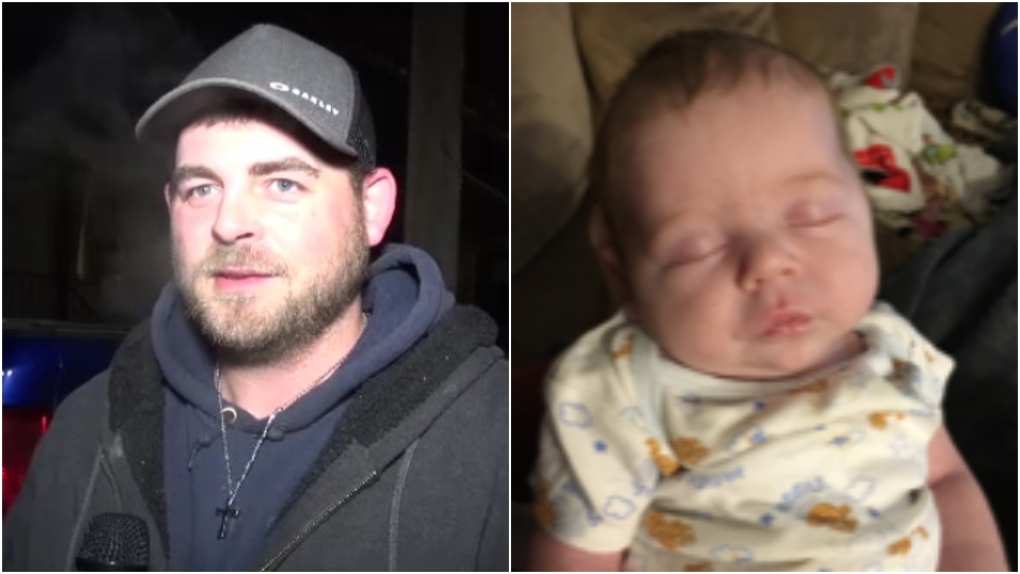 A Peterborough man has been reunited with a pendant which contained the ashes of his deceased son after it was stolen on Wednesday. (CTV News Toronto/Darren Fenn )

TORONTO -- A Peterborough man says he is “beyond happy” after he was reunited with a stolen pendant which contained the ashes of his deceased son on Friday.

"I was at work today and I got a message from somebody on Facebook telling me that her husband had located my necklace and that she had it in her possession," Darren Fenn said, speaking to CTV News Toronto.

Fenn had appealed to the public for help in locating the pendant after it was stolen during an early morning vehicle break-in on Wednesday.

"I asked her to send me a picture of it, so I could verify that it was the necklace and then I met up with them. They came over and handed it to me and I’ve put it back on my neck. It’s not coming off."

Darren Fenn said the silver cross with a black face holds the ashes of his son Wyatt Darren Lamonday-Fenn who died in 2018.

Wyatt was born on Dec. 17 of 2017 and died just five weeks and three days later on Jan. 24 2018 of sudden infant death syndrome, according to Fenn.

"I could not wait to get it back. I’m still overjoyed about it."

The reunion comes just in time for what would have been Wyatt’s second birthday.

"That’s what matters the most,” Fenn said. “So many people came together, I had over like 4000 shares on Facebook, all the news reports, people sharing. It was just a matter of days and I got it back. I’m so thankful."