Hybrid classrooms could become more common, but teachers say they have drawbacks 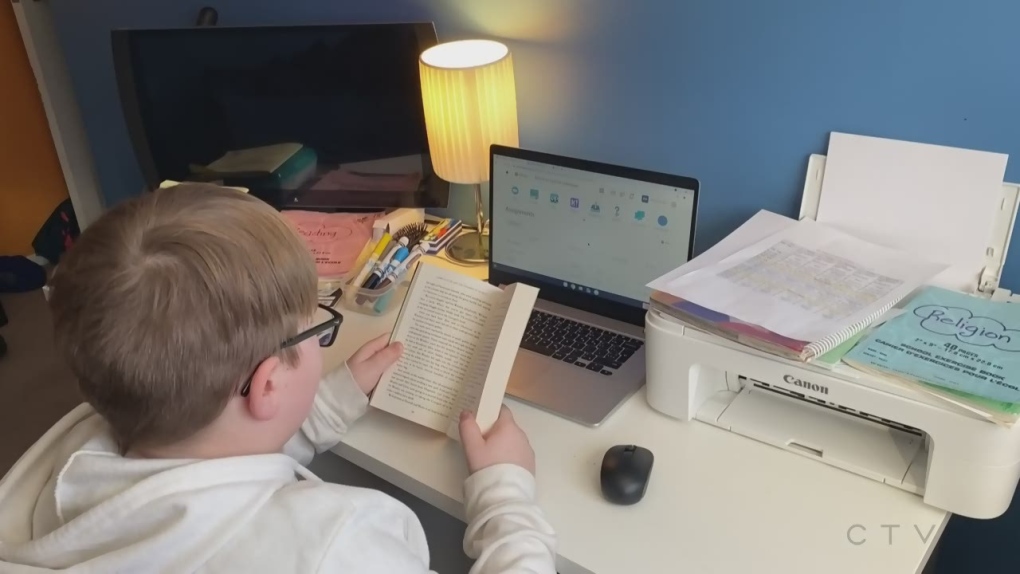 TORONTO -- Ontario's teachers are gearing up for another pandemic-altered school year and for certain educators that will mean presiding over classrooms where students learn in-person and online at the same time -- a model some say comes with a host of challenges.

The so-called hybrid classroom emerged as the preferred choice for some boards as the province shifted between online and in-person learning due to the COVID-19 situation during the last academic year. That model is expected to return in several schools this fall as the government has mandated that boards offer a virtual option.

But some teachers whose boards switched to hybrid classrooms in the middle of the last school year say the model has drawbacks.

"It was overwhelming. It was stressful. I felt like I wasn't meeting the needs of the students, because my focus was divided," said Shelly Predum, a Grade 7 and 8 teacher with the Algoma District School Board in the Sault Ste. Marie area. "It was very difficult to try and do two forms simultaneously."

That board implemented hybrid classrooms in November 2020, after spending the first two months of the academic year with separate classes for students learning online and those attending in person.

Some boards prefer the hybrid model because it allows students to switch almost seamlessly between online and in-person learning. But flexibility for parents and ease for administrators came at a price for teachers, some said.

Predum said she often had to make alternate plans for her remote students who couldn't participate in group work and other activities.

"My class and I, we decided to do some snowshoeing outside in the winter. And I had to provide something for my online learners to do while I went outside with my class," she cited as one example. "There was a lot of extra planning involved."

Technical issues also plagued her class, Predum said. Her remote students were sometimes unable to connect, leaving her to try to conduct tech support from afar.

"I'm trying to help talk them through it, and the students in class are waiting," Predum said. "We became IT professionals."

The associate director of schools and programs at the York Region District School Board, among those that are using the hybrid model come September, said there will inevitably be a learning curve for teachers and students, but his board is trying to minimize the headaches.

Reid said York is going hybrid in large part because of the flexibility it allows, but also because it keeps students connected to their school.

The province's largest school board -- the Toronto District School Board -- has yet to announce whether it will use hybrid classrooms in September, after shifting to the model in some schools partway through last year.

The model complicates every aspect of class, she said, because teachers had to ensure the virtual cohort could follow along just as well as the in-person learners.

"Everybody did their best with what they had," Fradkin said. "Some teachers were walking around the room holding a Chromebook next to their face so that the students at home could hear them."

Fradkin said she couldn't rely on the spotty wifi in her classroom, so she used an ethernet cable to connect her years-old computer to the internet and purchased a wireless headset that allowed her to walk around while teaching, which felt more natural than standing in one place.

"Teachers are naturally performers. It's our job to be to be dynamic, to be engaging, and to be caring. We do all those things with varying degrees of success," she said.

But it could be hard to make sure the performance -- and the empathy -- translated on the other side of the computer.

"It was so easy for them to just tune out," she said of her students who were learning online.

"The pressure to try to deliver a comprehensive course that's both online and in person at the same time, and completely restructured ... it was just too much."

This report by The Canadian Press was first published Aug. 16, 2021.