TORONTO -- Hundreds of people have signed an online petition asking the city to rename Dundas Street  in Toronto due to its namesake's involvement in opposing the abolition of slavery in the British Empire in the 18th century.

Toronto resident Andrew Lochhead created the petition on Tuesday as a series of protests against police brutality and anti-Black racism that have been ongoing since the murder of George Floyd continued to unfold in cities around the world.

The petition states that Scottish politician Henry Dundas, whom Dundas Street is named for, has a “highly problematic” legacy which saw him participate in obstructing the abolition of slavery until the end of his career in 1806.

The petition says that in light of the protests, city council should take “a constructive and symbolic step towards disavowing its historic associations with persons who have actively worked toward preserving systems of racial inequality and exploitation” by renaming Dundas Street. 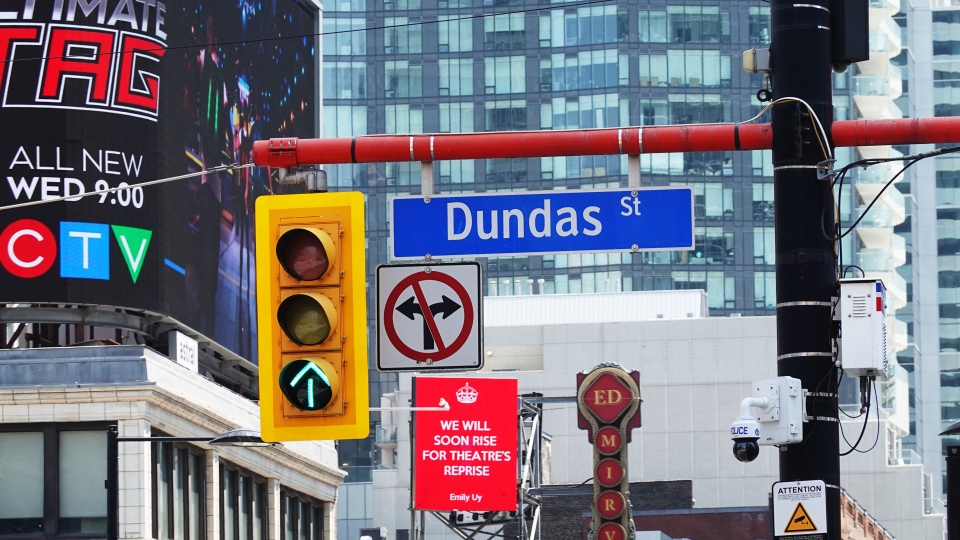 “We ask that Toronto City Council begin a public process to rename Dundas Street in the city of Toronto to honour a more appropriate person, place or event,” the petition says.

“We also believe that this process should be transparent and undertaken in partnership particularly with Black-lead organizations and historical societies in order to create a long list of potential candidates.”

A number of cities have removed statues of figures with connections to the slave trade in recent weeks, including one Alabama city which opted to take down a monument honouring a Confederate naval officer without warning.

A statue depicting Henry Dundas in Edinburgh, Scotland has also been targeted by protesters and was covered with graffiti over the weekend. 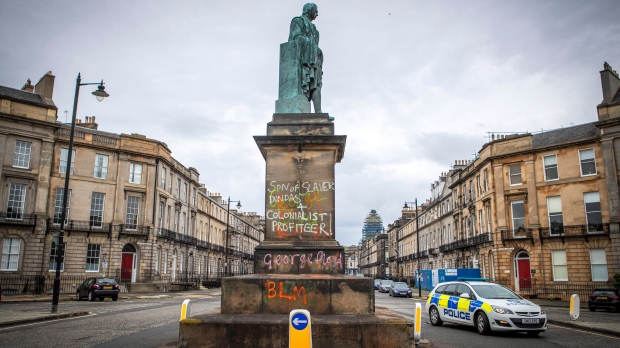 Speaking with CP24 on Wednesday, Mayor John Tory said that he didn’t know anything about how Dundas Street got its name until reading about it in the petition and suspects a lot of Torontonians don't either.

He said that while the history of the former Scottish Secretary of State Henry Dundas would “seem to call his being honoured in the city into question,” there needs to be a “thoughtful” process to consider requests like the one being made by the signatories of the petition.

“In light of all the concerns that exist about racism and a number of other thing that fit into that sort of historical basket what we wo should do is find a way to go about looking at all these different names and statures in a thoughtful way, perhaps based on some expert advice from a historian for example as opposed to Facebook petitions,” he said.

During a news conference Wednesday afternoon, Tory said he has asked City Manager Chris Murray to form a working group of staff, including the Confronting Anti-Black Racism Unit and the Indigenous Affairs Office, to examine the issue.

"Renaming a major street or public space does create many practical challenges, but we should have a process that can examine what are very important and relevant historical questions along with all of the practical matters involved if such changes were to be made," Tory said.

"We do have a street naming policy and a process to rename streets, but I think in light of the context within which this particular street name has arisen, a broader and more in-depth examination and discussion is warranted. "

Dundas was friends with Upper Canada Lieutenant Governor John Graves Simcoe, who also chose to name the town of Dundas after him.

The petition had amassed more than 3,800 signatures as of Wednesday afternoon.