Homicide detectives called in after body found in Brampton

TORONTO -- Peel Regional Police say they are investigating a homicide after a body was found in Brampton Monday evening.

The body was located outside, in a green area near Nexus Avenue and Fogal Road, at around 5:50 p.m. and police were then notified.

The coroner and homicide detectives were subsequently called to the scene.

Police confirmed late Monday night that the death is suspicious and is being investigated as a homicide. 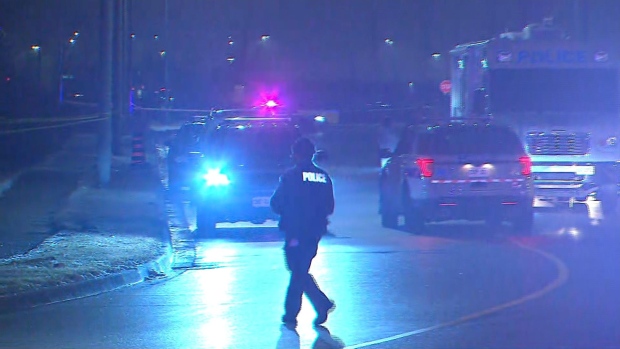 Few other details have been released so far. However police said that they are appealing to anyone with information or surveillance footage to come forward.

“Investigators in these types of investigations will be looking to speak with anyone who has any information,” Constable Heather Cannon told CP24 at the scene. “So they’ll be canvassing the area. Anyone from the area who wishes to come speak with officers at the scene, we encourage that.”

Police said they do not believe there is any immediate threat to public safety.

The age and gender of the victim have not yet been released and it is not yet clear how long the body had been in the location where it was found.