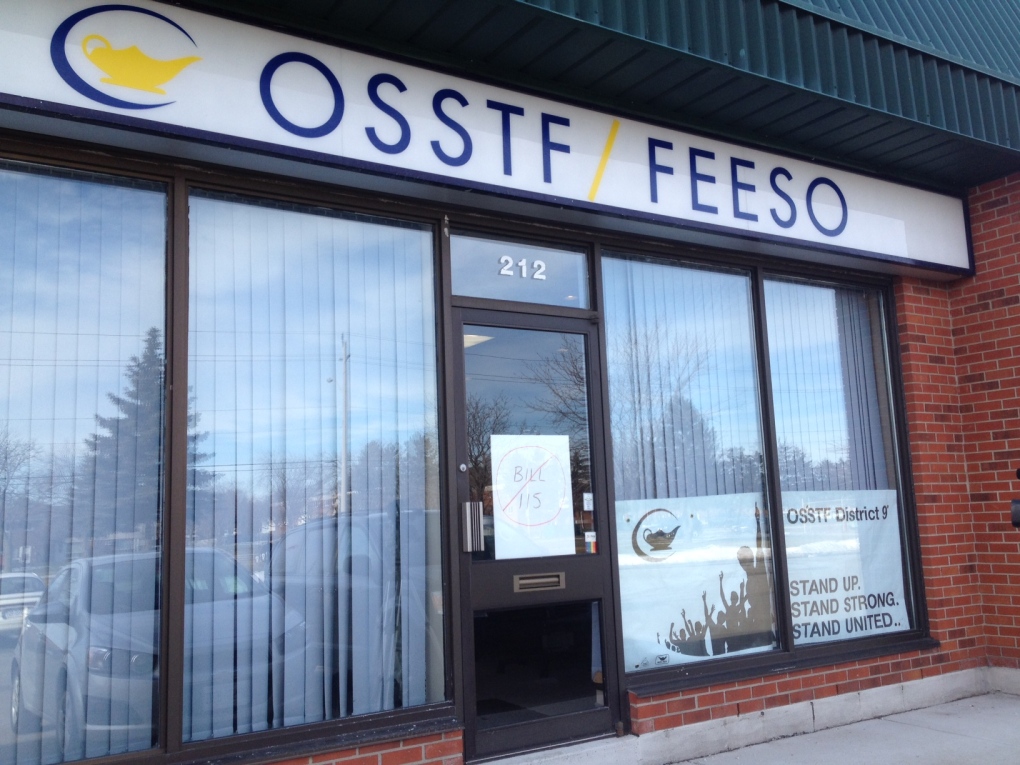 Public high school teachers in Peel region will head to the picket lines if contract negotiations fail by May 4.

The Ontario Secondary School Teachers' Federation said in a statement Tuesday that teachers in the Peel Regional District School Board will begin legal strike action in two weeks.

"Our collective agreements expired in August of 2014, and since that time our members have shown a great deal of patients despite the slow pace of bargaining," OSSTF District President Mike Bettiol said in a statement.

"Their work both in and outside of the classroom becomes more demanding all the time, but the employer has refused to address their concerns in any meaningful way at the bargaining table."

The Peel teachers would join members of the Durham District School Board, who began striking on Monday. Durham teachers walked off the job when talks between the school board and the teachers' union broke down.

Last week, the Peel board sent a note to parents warning that the earliest teachers in that board could be on strike is April 25, as the union is required to give five days' notice.

In event of a strike, all schools will be closed to students, extracurricular activities and trips will be cancelled and buses will not operate. Teachers may picket outside of Peel secondary schools.

"Our priority during any job action is the safety of our students. We will continue to monitor the situation and its impact on Peel board students," the statement said.

The negotiations are taking place as the province tries to eliminate a $10.9-billion deficit, with a 2018 deadline. Though the budget will not be revealed until next week, the province has told public servants, teachers and other unions that any wage increases will have to be offset to achieve "net zero."

Union members say the wage freeze is not the main issue driving strike threats. Teachers want improvements to working conditions and are looking for more time with students.