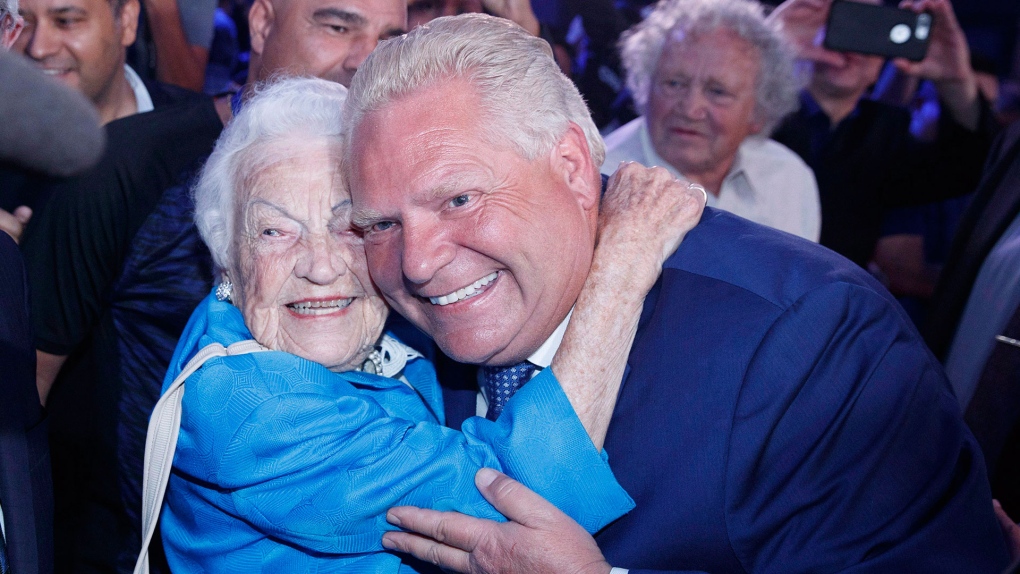 Former Mississauga Mayor Hazel McCallion still advises Doug Ford “on a regular basis,” despite turning down an offer earlier this year to serve as special adviser to the premier.

McCallion told CTV News Toronto that she frequently speaks with Ford about municipal issues when the two sit down for a meal at Perkins Family Restaurant, the premier’s favourite breakfast hangout in Etobicoke.

“I do meet with him on quite a regular basis, and I tell him from my experience that things have got to change,” McCallion said during the Association of Municipalities of Ontario (AMO) conference in Ottawa on Monday.

The 98-year old, who served as the mayor of Mississauga from 1978 to 2014, was appointed as “special adviser” to Ford and Municipal Affairs Minister Steve Clark earlier this year – a role that came with a $150,000 salary.

McCallion turned down the position days after it was publicly announced saying her busy schedule would have prevented her from dedicating the proper time to the job.

Declining an official position in the Ford government, she said, was not about to stop her from offering her thoughts on a range of municipal issues.

“I don’t need to be paid for it. I’m happy to give him free (advice) from my experience.”

McCallion said most recently she’s been advocating for handing municipalities “more authority” at the local level and received a positive reception from Ford.

“I have discussed this issue with the premier and he has told me that he feels that municipalities should have far more power than they do,” McCallion said.

“I was very happy to hear that he is interested in giving more authority to the municipalities.”

While McCallion would not specify exactly what kind of authority the two discussed, Ford hinted at eliminating regulatory restrictions the province imposes on municipalities.

“We eliminated a rule that required an environmental assessment before a municipality could plow its streets,” Ford said at the AMO conference.

“Can you imagine having to get a permit from the government every time you wanted to shovel your driveway in the winter? Well that was the reality for municipalities for a long time.”

McCallion also revealed that the Progressive Conservative’s regional government review, widely expected to pave the way for amalgamations, is not expected to be publicly released until after the October federal election.

“I understand they will be dealing with the report after the federal election,” she said. “I don’t know what the task force has recommended and whether or not it will become public.”

McCallion has long advocated for Mississauga to separate from Peel Region, a position supported by current mayor Bonnie Crombie.