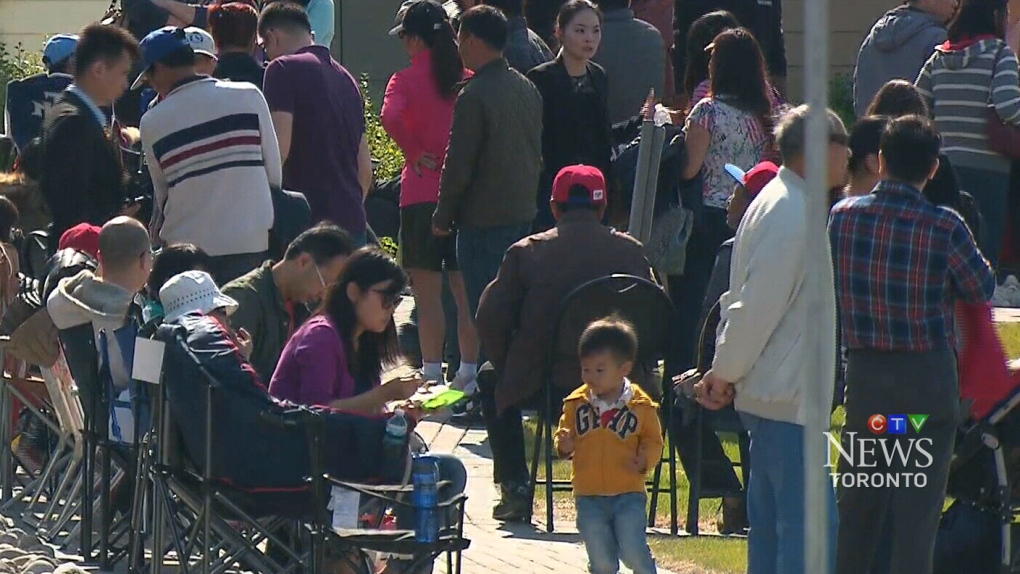 In Aurora, Ont., interested buyers showed up days early at the Fieldgate Homes sales office, which opens on Saturdays.

In a competitive housing market where the average price of a detached home in Toronto recently topped $1 million, some potential buyers in the Greater Toronto Area are going the extra mile to ensure they have a place to call their own.

In Aurora, Ont., interested buyers showed up days early at the Fieldgate Homes sales office, which opens on Saturdays. The real estate developer is offering newly built townhomes starting in the low $600,000.

Some eager buyers began showing up at the sales office on Monday. They were told to return on Thursday, but some started lining up again on Wednesday.

"Some of them are buying homes for themselves," Victor Lu, who was waiting in line on Thursday, told CTV Toronto. "And obviously there are people who are wealthy and they want to make a good investment here."

Fieldgate says potential buyers who showed up on Thursday had their names registered, and they will have an opportunity to speak with a sales agent on the weekend.

"They will be called on Saturday morning at 11 a.m. in the order in which they registered," said Jim Andrews, Fieldgate's director of sales and marketing.

The "Aurora Trail" development will be built in the area of Leslie Street and St. John's Sideroad.