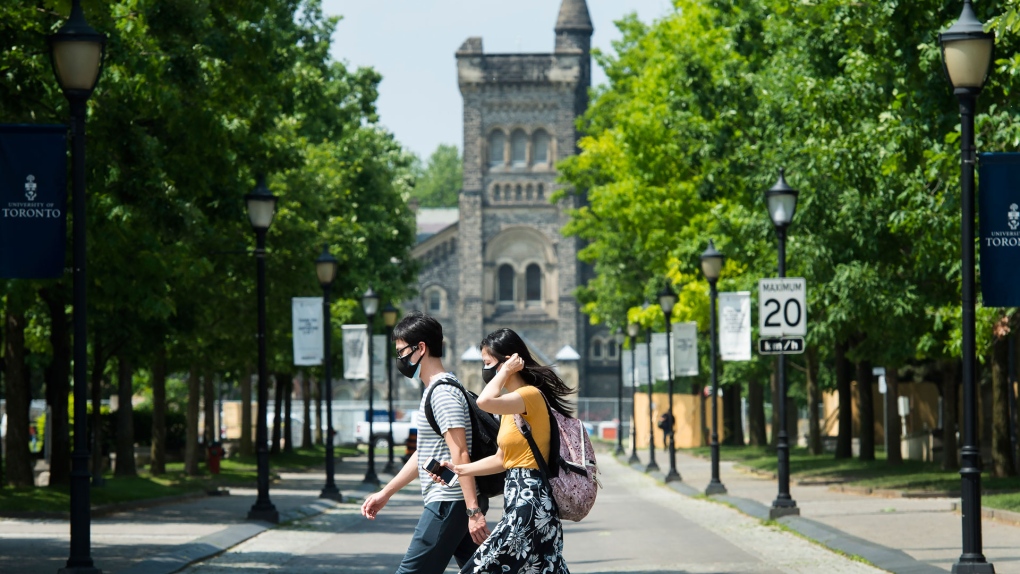 People walk past the University of Toronto campus during the COVID-19 pandemic in Toronto on Wednesday, June 10, 2020. The Ontario government announces the framework for reopening of colleges and universities as early as of July. THE CANADIAN PRESS/Nathan Denette

TORONTO -- Complainants are challenging a review body decision that allowed a federal judge to keep his job after he was accused of bias against Palestinians over his views on a proposed university appointment.

Several groups and individuals who complained last year about Justice David Spiro's actions want the Federal Court to overturn the Canadian Judicial Council's ruling that while Spiro made serious mistakes, he should remain on the bench.

A panel convened by the judicial council found Spiro, a federal Tax Court judge, should not have weighed in on the appointment of Valentina Azarova as director of the International Human Rights Program of the University of Toronto's law faculty.

Azarova is an international law and human rights scholar based in Germany who has been critical of Israel's treatment of Palestinians.

The judicial council said last month the panel had concluded that while Spiro made mistakes, these were not serious enough to warrant a recommendation for his removal from office.

Before becoming a judge, Spiro was a member of the board of directors at the Centre for Israel and Jewish Affairs. In September of last year, Spiro learned from a centre staff member about Azarova's imminent appointment, and the judge was asked whether he could approach the dean of the law faculty to relay these concerns.

Spiro said it would be inappropriate to approach the dean. However, in a phone conversation the following day with an official and friend from the university, Spiro mentioned the controversial nature of the appointment from the perspective of the Jewish community and the potential damage to the reputation of the university, the judicial council said.

Spiro had been an engaged alumnus of the faculty who supported it financially and professionally, and from the review panel's perspective this is what prompted the judge's discussion with the university official, the council noted.

The review panel concluded that nothing in Spiro's career or work supported the suggestion of perceived bias on his part against Palestinian, Arab or Muslim interests.

"The fear of bias on the part of Justice Spiro is based on misinformation and speculation that is inaccurate," the council said.

In their filing to the Federal Court, the complainants say the reasons for allowing Spiro to stay on "were not justified, transparent and intelligible."

They seek a declaration from the court that a threshold has been met requiring the judicial council to take the next step of holding an inquiry into Spiro's actions, which could lead to his removal.

This report by The Canadian Press was first published June 24, 2021.