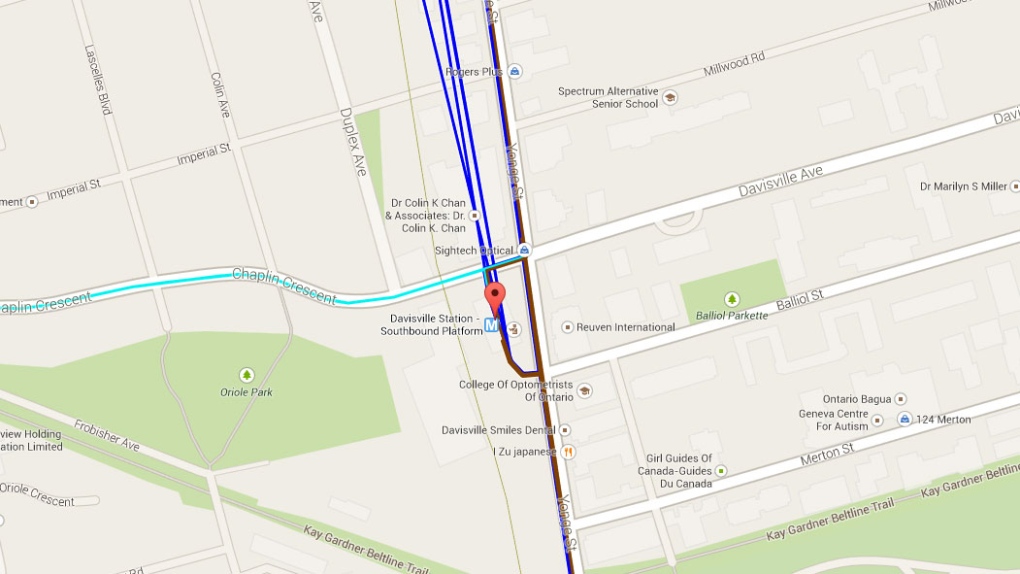 Toronto police are looking for a male suspect after a 12-year-old girl was sexually assaulted near Davisville subway station. (Google Maps)

Police said they are looking for a male suspect after a girl was sexually assaulted near a midtown subway station last week.

It has been reported that a male approached a 12-year-old girl at approximately 2:45 p.m. on Feb. 24 near Yonge Street and Davisville Avenue.

The girl was sexually assaulted, and then the male turned and walked away, Toronto police said in a news release Monday.

The male suspect is described as white, 5’7” to 5’10” and between the ages of 15 and 18. He has a medium build, long sideburns and a small patch of hair under his bottom lip.

At the time, he was wearing a blue baseball cap with a white leaf on the front, a blue hooded shirt, a black coat with a grey lining, a blue and white striped scarf, grey pants and black shoes.