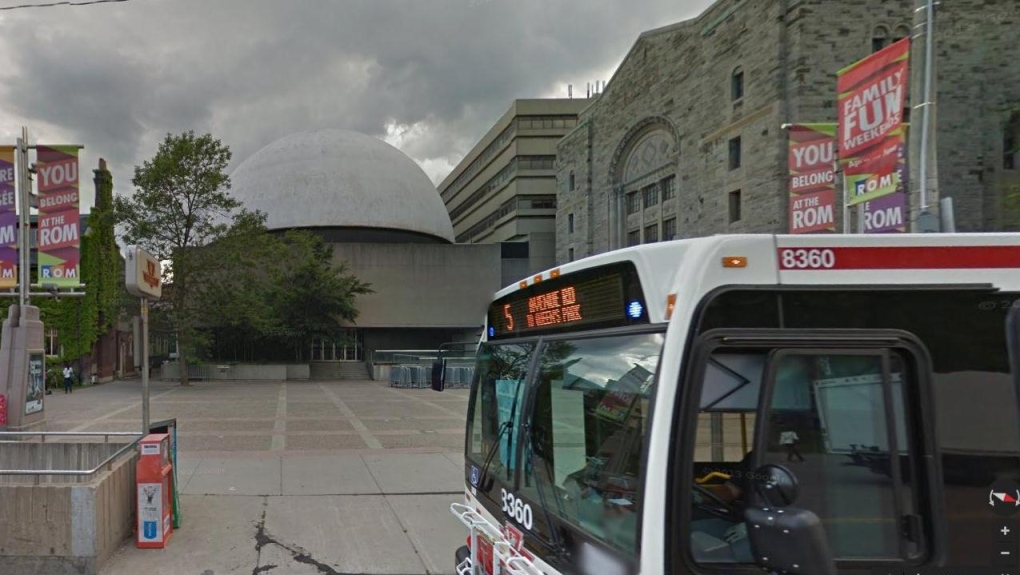 The former McLaughlin Planetarium, now owned by the University of Toronto, is seen in this Google Street View screen grab.

TORONTO -- The boxy modern building just off Toronto's Bloor Street seems like one of the last places anyone would go looking for ghosts.

Yet for decades, people have reported seeing the spectre of a seven-year-old girl running through the halls of the former McLaughlin Planetarium, now owned by the University of Toronto, and hearing her mischievous laugh.

Celeste, as she's known, first appeared when the planetarium opened its doors in the 1960s. The domed building hosted generations of Toronto schoolchildren on field trips before it was closed to the public.

The beloved site is one of the stops on the Mysteries of the University of Toronto walking tour offered for free as part of the annual Doors Open Toronto festival on May 24 and 25. (It is not, however, on the list of buildings open to visitors.)

Ghost sightings, urban legends and secret spaces are at the heart of this year's festival, which encourages residents and tourists alike to explore "the mysteries behind the door" by peeking into buildings they can't normally access.

With more than 155 participating buildings -- including 40 new additions this year -- Toronto's festival is the largest of its kind in North America, said organizer Kerri MacDonald. It draws roughly 200,000 people each year, she said.

Other cities in Canada and the U.S., including Ottawa, Edmonton, Halifax and New York City, have also started similar events.

Tales of ghosts and mysteries "imbue an appreciation for architecture and history," Fiennes-Clinton said as he showed off some of the university's better-known haunted sites on a recent afternoon.

Some visitors are paranormal enthusiasts while others are staunch skeptics, he said. "Most are just looking for a good story."

At the university's Trinity College, the resident ghost is none other than its founder, who has often been seen wandering the grounds in his academic robes, Fiennes-Clinton said.

Johannes Strachan was considered a controlling man and maintains that reputation in the afterlife, with many suggesting his spirit is keeping the college in order, the guide said.

"A lot of ghost stories come out of obsessive-compulsive personality disorder," he said.

Deep gouges in the wooden door of University College show where a construction worker tried to cut through with an axe in the 1850s, Fiennes-Clinton said.

The man was chasing a fellow worker who had stolen his girlfriend. But he never got his revenge -- instead, the guide said, he was stabbed to death by the man he was tracking, his body tossed into an unfinished tower that was later sealed off by the construction crew.

Other walking tours will showcase the folklore surrounding the Gibraltar Point Lighthouse on Toronto Island, the Exhibition Grounds -- which organizers said is home to a number of "paranormal hotspots" -- and the historic Distillery District, among others.

Visitors will also get a chance to see an underground bowling alley in a downtown church, haunted tunnels beneath a school and bank vaults in a hotel.

For details on the buildings and walking tours, visit: http://www.toronto.ca/doorsopen.