G20 or not, Toronto safer than U.S. cities: Miller 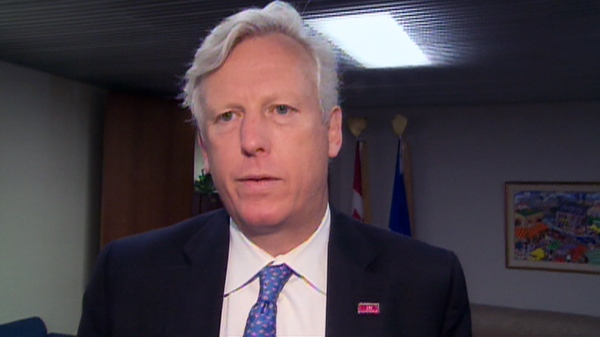 On Friday, June 18, 2010, Mayor David Miller addressed the issue of Toronto's security during the G20 Summit.

Mayor David Miller is telling prospective American tourists that Toronto is probably safer than their hometown, even with the risks associated with next week's G20 Summit.

"We know there's going to be security downtown, and Saturday afternoon and Sunday morning it will be difficult to drive to downtown Toronto," Miller said Friday.

"But Toronto's a large city. We've got the jazz festival happening right here in Nathan Phillips Square. We want people to come."

"We say to our American friends, Toronto is the safest big city in North America. It's probably safer than where you live. And you're welcome here, even on a busy weekend."

He recommended people take the TTC or GO Transit if they are coming right to the heart of downtown.

Miller was responding to a travel alert issued Thursday by the U.S. State Dept. It warned expatriates and American citizens thinking of visiting Toronto during the summit period, which essentially runs from June 24-27, about the possibility of large-scale protests.

"Even demonstrations that are meant to be peaceful can become violent and unpredictable. You should avoid them if at all possible. Be alert and aware of your surroundings and pay attention to what the local news media has to say," it said.

Britain's Foreign and Commonwealth Office said on its website that British travellers can expect delays due to road closures and travel restrictions as a result of the G8 Summit in Huntsville on June 25-26 and the G20 in Toronto on June 26-27.

The website didn't warn of any dangers posed by large-scale demonstrations.

It also added this: "There is an underlying threat from terrorism. Attacks could be indiscriminate, including in places frequented by expatriates and foreign travellers."

It didn't mention any specific threat to the summits, simply noting that the "Canadian authorities have carried out a number of arrests as a result of investigations into terrorist networks."

Britain experienced actual terror bombings on its subway system on July 7, 2005, to name one incident. It has broken up other cells of alleged extremists.

In Canada's advisory for England, it noted the British government raised the terror threat from "substantial" to "severe" on Jan. 22.

As of June 18, the Canadian website said this information was still valid.

Britain uses the exact same language to describe the terror threat in the United States as it does for Canada.

The U.S. currently describes its own national threat level as elevated, or yellow. For domestic and international flights, the threat level is high, or orange.

Canada has no official warning for travel to the United States.