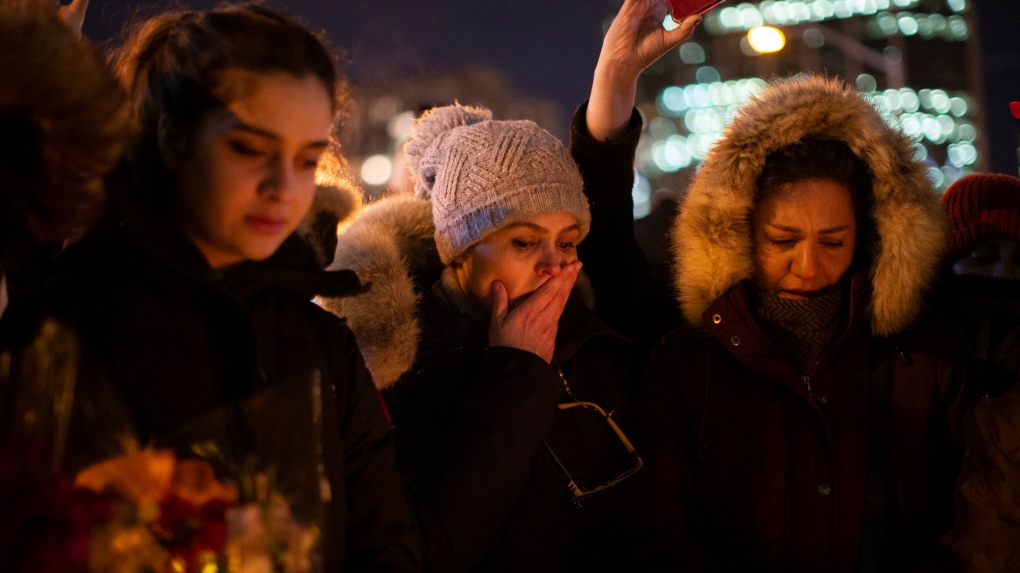 Mourners attend a vigil in Toronto on Thursday, January 9, 2020, to remember the victims of the Iranian air crash. (Chris Young/The Canadian Press)

TORONTO -- A fundraising initiative has raised almost $1 million in just one month for the people who lost their loved ones when a plane was mistakenly shot down near Tehran in early January.

Of the 176 people who were killed when the Ukraine International Airlines Flight 752 crashed, officials said 57 were Canadian.

As of noon, the country-wide fundraiser, which was launched by the CEO of Paramount Fine Foods exactly one month ago, has managed to raise more than $910,000.

The #CanadaStrong campaign has raised more than $910,000 to help the families of the victims of Flight 752. Calling on fellow Big City Mayors to help spread the word about this campaign. The federal government will match up to $1.5 million in donations: https://t.co/r08aF82WFM pic.twitter.com/J8iKtRL8We

Toronto Mayor John Tory, who helped announce the launch of the fundraiser along with CEO Mohamad Fakih days after the crash, tweeted on Friday that the fundraiser will continue to collect funds to meet its $1.5 million goal.

Tory called on other “big city mayors” to help spread the campaign in their own communities.

The federal government is promising to match up to $1.5 million.

At the launch last month, Fakih said the money would go toward helping cover funeral costs for the victims. He said he did not want people who have already suffered so much loss to also have to worry about whether or not they can afford the funeral expenses. 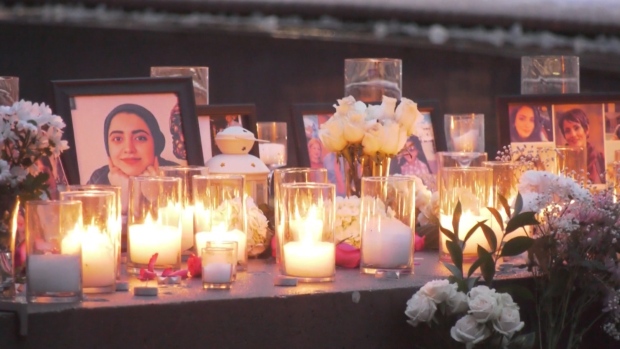 “As we have seen in previous tragedies, people, families are [faced with] expenses they just couldn’t have anticipated,” Fakih said.

“Let’s all stand together, united in ensuring that those we lost are never forgotten and their family and friends feel Canada’s embrace.”

All donations will go to the Toronto Community Foundation, the mayor said. Dentons Canada LLP has also agreed to partner with this initiative to provide pro bono legal services.