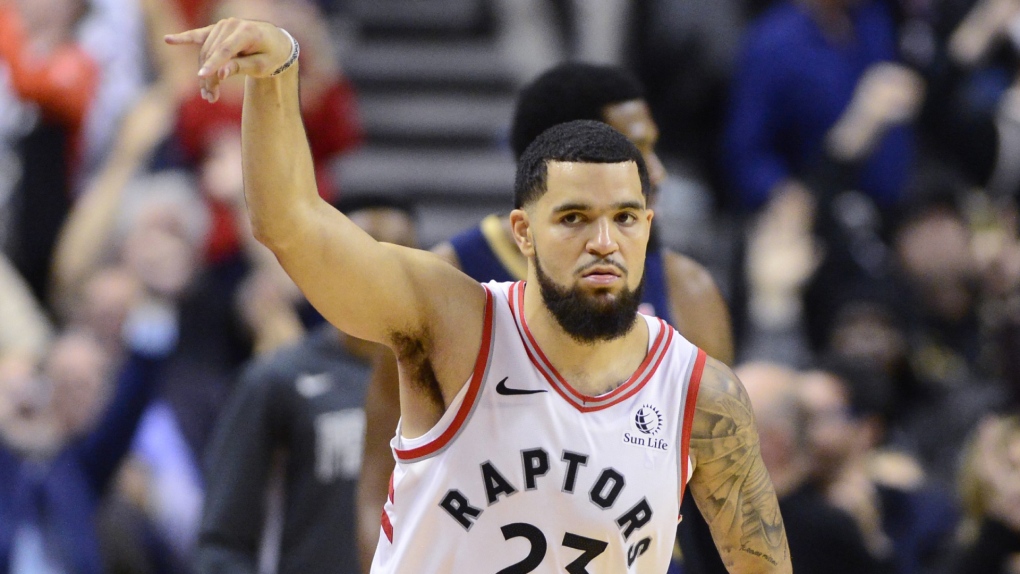 TORONTO -- Fred VanVleet, one of the most coveted players in free agency this year, is remaining a Toronto Raptor.

A source close to the team confirmed a report Saturday that the Raptors had re-signed the 26-year-old to a four-year, US$85-million deal, keeping one of the best backcourts in the league intact.

Mr. Bet On Yourself went undrafted in 2016 and so signed with Toronto for summer league. He went from being a standout with Toronto's G League affiliate Raptors 905 to being a key cog in Toronto's thrilling 2019 championship run.

The image of VanVleet lying on the floor in Toronto's Game 4 win of the Finals at Golden State, his front tooth chipped, blood runner down his cheek, will be one of the most memorable of the thrilling run.

Last season, he started alongside Kyle Lowry and averaged 17.6 points and 6.6 assists while shooting 39 per cent from three on nearly seven attempts a game.

He's a workhorse on defence, leading the NBA in deflections. He was fourth in steals.

VanVleet had Raptors fans sweating when he recently said on the J.J. Redick podcast: "I've never said it publicly, but I'm not shy about that, I'm trying to get paid man ΓÇª I've won a championship, now it's time to cash out. I just want to feel my value reciprocated on the other side."

The Raptors had repeatedly said securing VanVleet was their biggest off-season task, and they'd been quietly confident they'd be successful.

Toronto will start its season, which tips off on Dec. 22, south of the border, playing games in Tampa, Fla. due to COVID-19 border restrictions.

This report by The Canadian Press was first published Nov. 20, 2020.