TORONTO -- Volunteer will no longer be out protecting a family of young foxes in The Beaches after experiencing hostility from members of the community, the Toronto Wildlife Centre said.

The mother fox and her kits have been living underneath the boardwalk at Woodbine Beach since at least late April.

In early May, city officials erected barricades around a portion of the boardwalk because residents were seen feeding the red fox kits. Despite warnings by experts that the contact put the foxes at risk of becoming habituated to humans, people continued to stop by the area to take photos. 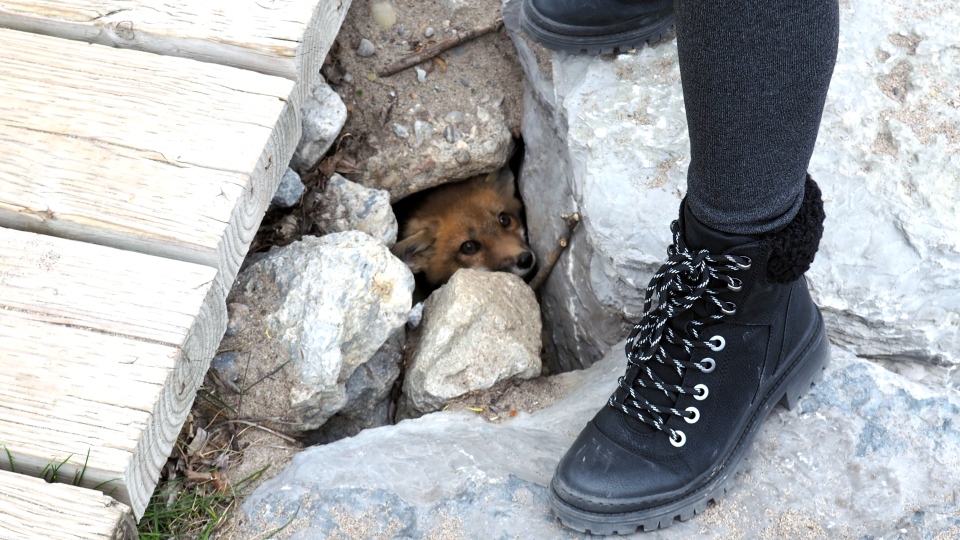 Volunteers were called in to help perform “aversive conditioning during daylight hours to help the foxes re-learn their natural fear of people” as well as to educate members of the public about the animals, the Toronto Wildlife Centre (TWC) said.

On May 22, the organization reported that one of the kits had died. They said the fox’s wounds suggested it was killed by a larger predator, like an aggressive dog.

In a statement posted to social media on Monday, TWC said the foxes were reaching “a more independent age” and were now hunting on their own.

“The fox kits are older and soon they will be moving on – and it’s time for TWC’s volunteers to move on too,” the statement said. “Today is the last day volunteers will be stationed at Woodbine Beach.”

Due to concerns surrounding verbal abuse and serious threats made to TWC volunteers, we have made the difficult decision to conclude the presence of volunteers at Woodbine Beach. We will continue to work with the city and do what we can to help the foxes. https://t.co/GgzHUQM8mj pic.twitter.com/LGZi2rvX5L

After thanking the 58 volunteers who helped protect the fox family, the Toronto Wildlife Centre said they experienced “hostility” and “verbal abuse” while performing their duties.

“There have been two very serious threats of physical violence – one where a man told a volunteer ‘if he had a knife he would stab her’ and, more recently, a man who actually went after a teenage volunteer with a knife,” the statement said.

“As an organization, despite our deep concern for the fox family, the safety and well-being of our volunteers is paramount. As a result of these serious concerns, we have made the difficult decision to conclude the presence of our volunteers on site.”

The organization ended their statement asking members of the community to “provide the best environment for the beloved fox family.” 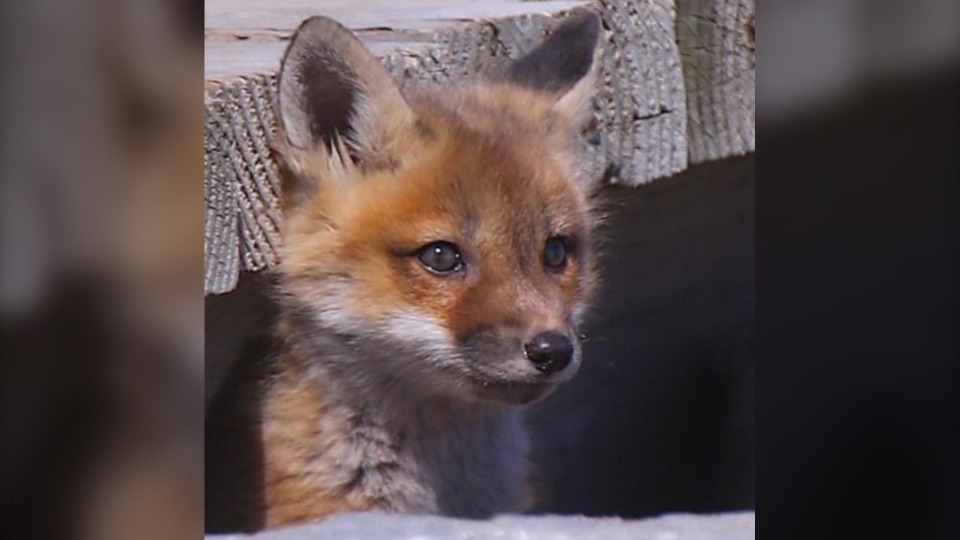 Toronto police said Monday evening they have received a report from the Toronto Wildlife Centre and it's under investigation.

TWC asked that dog owners keep their pets leashed and far away from the foxes, and not approach them or feed them.

“Feeding of wild animals changes their behaviour and causes them to become tame, which can be fatal,” they said. “Lead by example and encourage your neighbours and fellow dog-walkers to do the same – and please spread the word!”

According to the Toronto Wildlife Centre, volunteers spent close to 1,500 hours in The Beaches trying to protect the fox family.