TORONTO -- A four-year-old girl, who died along with her father while on a hike in a Milton, Ont. conservation area, has been remembered by her mother as the "most special girl."

Halton Regional Police say an extensive search was launched in Rattlesnake Point Conservation Area around 7:30 p.m. after the pair did not return from the hike.

Police said the father and daughter arrived at the park between 2:30 and 3 p.m. and had planned to return by 5:30 p.m.

Investigators have not identified the pair, but the four-year-old's mother, Jennifer Kagan, identified her daughter as Keira Kagan. 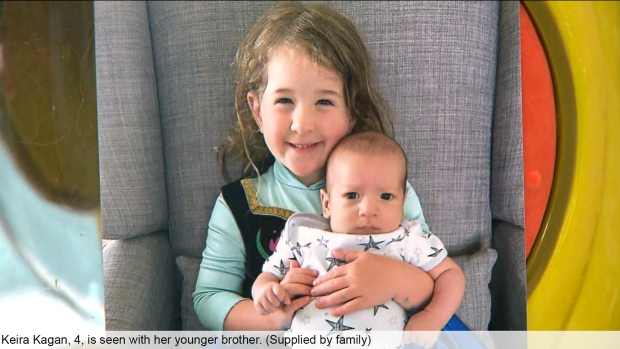 Keira Kagan's father has been identified by Jennifer Kagan as Robin Brown. 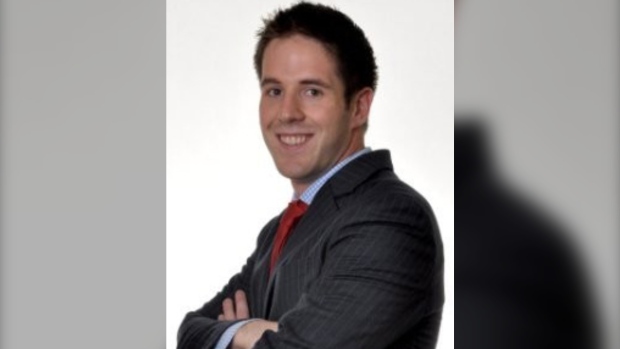 About 45 officers from various units at Halton Regional Police, including multiple firefighters, were called to search for the pair. Police said the conservation area is very forested and encompasses a cliff, making the search efforts difficult.

"The terrain is very rugged, very well treed and it can be slippery,” Const. Steve Elms said on Sunday night.

Police said the bodies of Keira Kagan and her father, suffering significant trauma, were located by officers just after 11 p.m. at the base of an escarpment.

Tragically, we have located the bodies of the missing male and young female child. Milton Fire is currently assisting with recovery efforts. Our thoughts are with the family and friends of the deceased. ^jh pic.twitter.com/cselPXKqM1

Speaking to reporters on Monday morning, Jennifer Kagan said her daughter was the "most wonderful, kind-hearted girl."

"Keira was the absolute most special girl you could ever ask for,” she told reporters at her home.

"Just absolutely resilient and smart and spunky, loved to get dressed up to get into her princess dress and be fancy. Loved to just hang out. She had a shirt that said 'I'm going to change the world’ and I believe that Kiera truly thought she could. She was that sort of girl."

"And now I’m going to try what I can and do that for her."

Jennifer Kagan said that her daughter lived with her and her stepfather, Philip Viater, in York Region. Viater said he dropped off the young girl with her father on Friday night for the two of them to spend the weekend together. 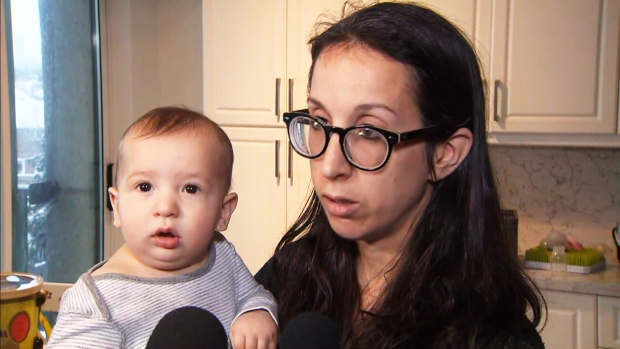 Court documents provided by the family show a contentious custody and access battle before the courts. They were due back in court on February 20.

Meanwhile, Halton police said the investigation is in the early stages and a post-mortem will be conducted.

"The homicide unit is doing an investigation but at this point it's not considered a homicide. It's so early at this point we won't be ruling anything out." 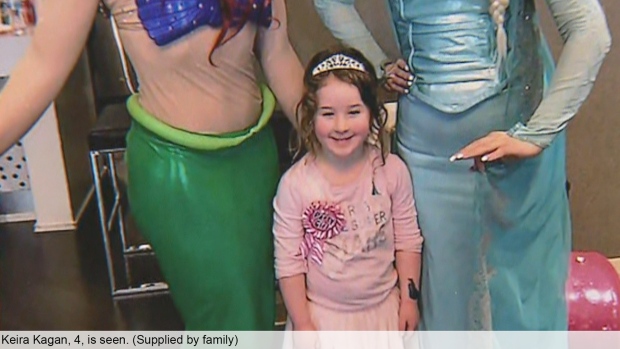 Anderson said the bodies were removed from the conservation area early Monday morning with the help of Milton fire crews.

"There (was) significant trauma on the victims that could be consistent with a fall."

Police are asking anyone who was in Rattlesnake Point Conservation Area between 2 p.m. and 11 p.m. who has relevant information to come forward. 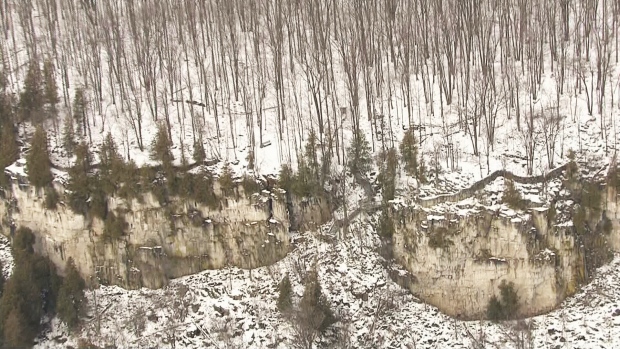 Bialik Hebrew Day School, where Keira Kagan attended, issued a statement on Monday notifying the community of her death.

"We offer our sincere condolences to the family," the school said. "School counselling services are being made available to students to provide the necessary support."