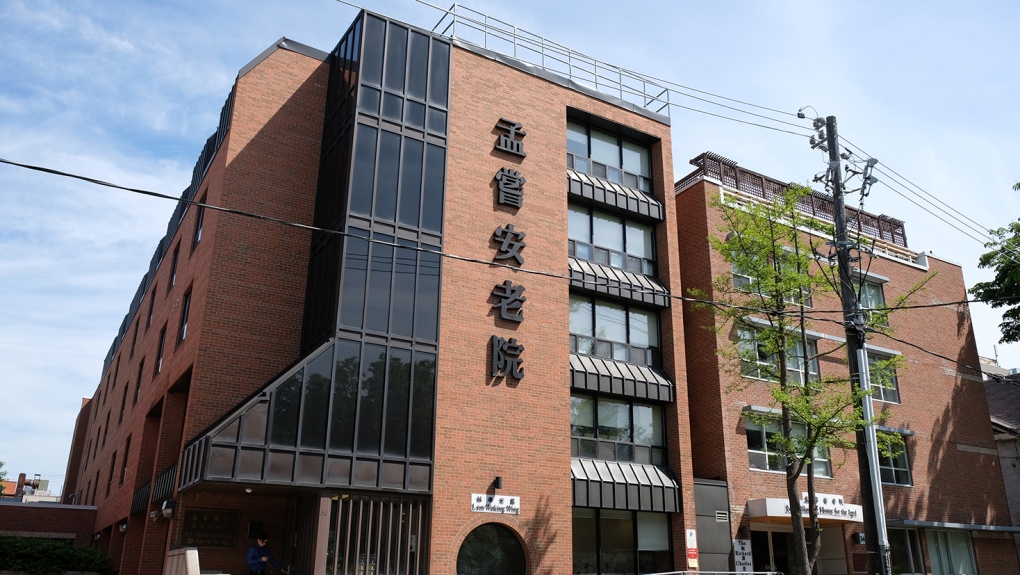 The Mon Sheong Home for the Aged is seen in this submitted photo.

TORONTO -- Four people infected with COVID-19 at a long-term care home in downtown Toronto have died and about a dozen other residents have tested positive for the virus, officials at the facility confirm.

In a news release issued Thursday, staff at the Mon Sheong Home for the Aged, also known as D’Arcy Home, located near Dundas Street and University Avenue, said a COVID-19 outbreak was declared at the home in early April.

“The situation has aggravated quickly. Currently, there are 16 residents tested positive with four deaths. Two staff members have also been confirmed,” the news release read.

Officials say “outbreak controls” were put in place immediately after positive cases were confirmed at the home and staff members are “working closely and communicating” with public health officials daily.

Symptomatic residents have been isolated from other residents “as much as possible,” officials say, and all residents are being told to stay in their rooms.

Meals are delivered to resident rooms, all group activities have been suspended, and all residents are subject to twice-daily monitoring for symptoms.

“D’Arcy Home staff members have been in close contact with resident families, keeping them updated. The Home has escalated their care of residents and wishes for their swift recovery,” the news release continued.

“Since staff members that have been confirmed positive or are unwell are required to isolate, staffing is currently a challenge. Personal Protective Equipment (PPE) is becoming limited and Mon Sheong hopes for community donations.”

A COVID-19 hotline has also been created for family members of residents at the facility.

“We have always strictly followed Ministry of Health’s and Public Health’s directives, so it is unfortunate that a case developed,” Stella Leung, Senior Administrator of Mon Sheong Long-Term Care Centres, said in a written statement. “There are many factors that could have led to this because silent carriers show no symptoms but may pass the virus on.”

Ontario is reporting 69 outbreaks at long-term care facilities across the province.

To date, 88 long-term care home residents infected with COVID-19 have died, which represents nearly half of all virus-related deaths reported in the province so far.