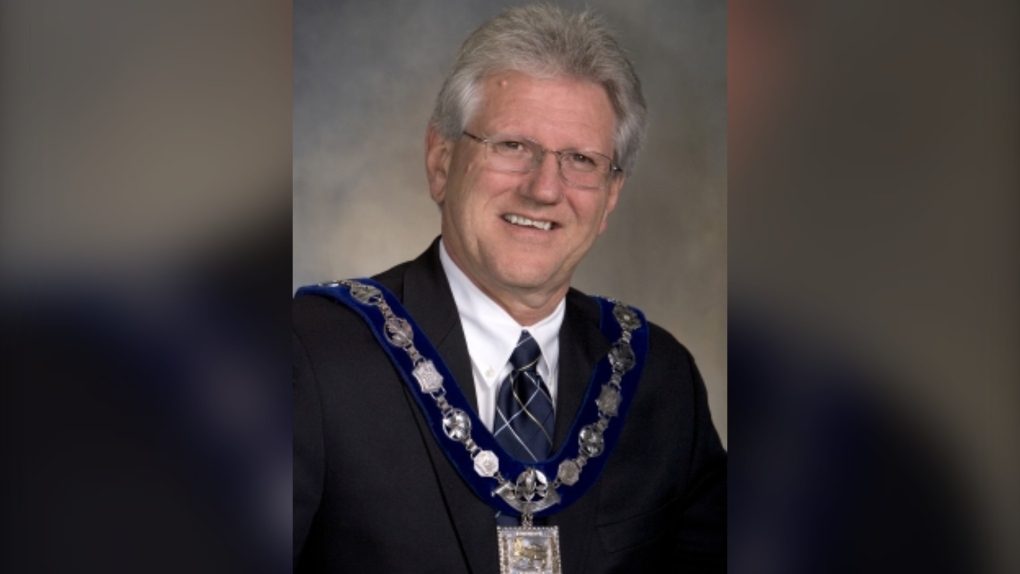 Dave Barrow, a former Richmond Hill mayor and councillor who dedicated more than 35 years of his life to public service, has died.

The Richmond Hill native and life-long resident was 75.

West, who before being elected mayor earlier this year served as a Richmond Hill councillor for almost a decade, knew Barrow as both a colleague and a friend for at least 15 years and said his contributions to the community were invaluable.

“He’s always been a great champion for Richmond Hill. It’s been obvious the positive impacts he’s made on Richmond Hill,” he said, pointing to Barrow’s efforts to positively guide development and rapid growth in Richmond Hill.

“We’ve really grown up as a community the time Dave has been involved.”

So many people called Dave a friend because he was such a charming, humble & truly engaged person in our community.
The inscription in Dave Barrow Square perfectly embodies Dave’s work.

My heartfelt condolences to his family & loved ones. https://t.co/xD3ZaHEPW6 pic.twitter.com/lnN7xIaKSj

“I am shocked to learn of the passing of former Mayor Dave Barrow,” he wrote.

“Dave was a leader who connected with people in the community, he loved Richmond Hill. My sincere condolences to his family and friends.”

I am shocked to learn of the passing of former Mayor Dave Barrow.

Dave was a leader who connected with people in the community, he loved Richmond Hill.

My sincere condolences to his family and friends. pic.twitter.com/HuCJSLOB9v

Barrow’s life as a local politician began back in 1978 when he was elected as Ward 4 councillor. In 1985, upon his father’s death, Barrow left politics for about 12 years to run his family’s business. From 1997 to 2006, he served as a York regional councillor before becoming Richmond Hill’s mayor in November 2006. Barrow, who served on several local, regional, and provincial boards, took a medical leave in February 2021 and following a brief return to council officially resigned from his mayoral duties in September 2021.

Just last week, dozens of people, including Barrow and his wife Tomye Anne, gathered to dedicate a square on the grounds of Richmond Hill’s Central Library in his honour.

A bronze plaque at the newly dedicated Dave Barrow Square features his famous quote and motto: “It’s all about community.”

“It’s all about community” I am honored to participate in the dedication of the Dave Barrow Square to thank our Former Mayor Dave Barrow for his over 30 years of service to Richmond Hill. Albert and I thank you for your dedication and contributions to our City. Much appreciated. pic.twitter.com/kBncroEFBM

A section of trail in the Oak Ridges Corridor Conservation Reserve was also recently named in Barrow’s honour.

“The David Barrow Trail reflects former Mayor Barrow’s commitment to creating strong and vibrant communities in which to live, work and play,” Toronto and Region Conservation Authority said in a Sept. 14 tweet.

We're proud to announce that a looped section trail in the Oak Ridges Corridor Conservation Reserve will be named Dave Barrow Trail! The David Barrow Trail reflects former Mayor Barrow’s commitment to creating strong and vibrant communities in which to live, work and play. pic.twitter.com/i8JzGo6TV4

Members of the public are welcome to sign a book of condolences at Richmond Hill’s Central Library at 1 Atkinson St. (near Yonge Street and Major MacKenzie Drive) and at the City of Richmond Hill Municipal Offices at 225 East Beaver Creek Rd. The books, which will be given to Barrow’s family, will be set up starting Friday until Monday, Oct. 3 during regular business hours.

Flags have also been lowered at all City of Richmond Hill facilities to honour Barrow.

The City of Richmond Hill is mourning the passing of former Mayor Dave Barrow. All flags are flying at half-mast in his honour. The community is invited to sign a book of condolences and memories. Visit https://t.co/NxUjVSghyv for details. pic.twitter.com/tFs7U7t7ie

Funeral plans for Barrow are still in the works at this time.