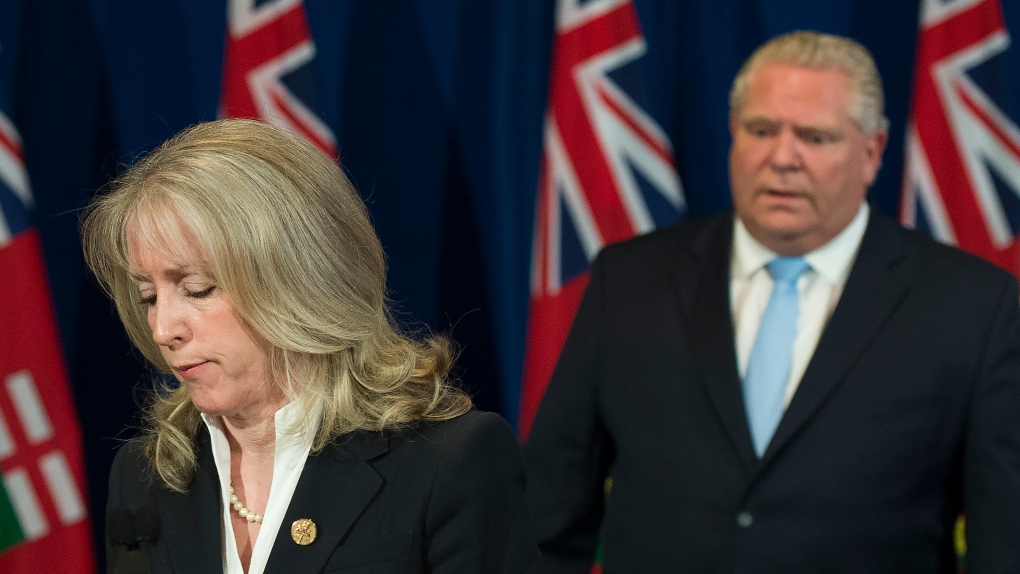 Merrilee Fullerton, Ontario's Minister of Long-Term Care answers questions about a disturbing report from the Canadian military regarding five Ontario long-term-care homes during his daily updates regarding COVID-19 at Queen's Park in Toronto on Tuesday, May 26, 2020. (THE CANADIAN PRESS/Nathan Denette)

TORONTO -- Ontario Premier Doug Ford's recent announcement to build nearly 8,000 new long-term care beds is a re-commitment of promises made by the former Liberal government, CTV News Toronto has learned, despite the premier presenting it as new information.

Ford, on Wednesday, touted an "historic investment" of $1.75 billion to "kick start the development of long-term care beds" over the next five years.

However, sources in the Ministry of Long-Term Care confirmed the government re-announced commitments that had been made by the former Liberal government and beds that were allocated over the course of the past two years.

Merrilee Fullerton, Minister of Long-Term Care, was first to reveal the government's plan for 8,000 beds in November 2019 during Question Period.

"This year alone, we have allocated 1,814 new beds and reaffirmed our commitment towards building 6,085 previously allocated beds," Fullerton said.

Government sources told CTV News Toronto on Wednesday that the ministry will be able to build and re-develop just 4,000 beds in 2022, as the province offers developers new incentives to recoup their investment earlier in exchange for fast-tracked construction.

In a statement to CTV News Toronto, a spokesperson for Minister Fullerton didn't address Wednesday's re-announcement, but emphasized the changes to the construction funding model would "kick-start construction."

"Our government consulted with the sector to understand what was needed to encourage rapid development and our modernization of the way government funds the development of long-term care beds will do just that," the statement reads.

"Yesterday’s announcement means that thousands of long-awaited beds will finally get built."