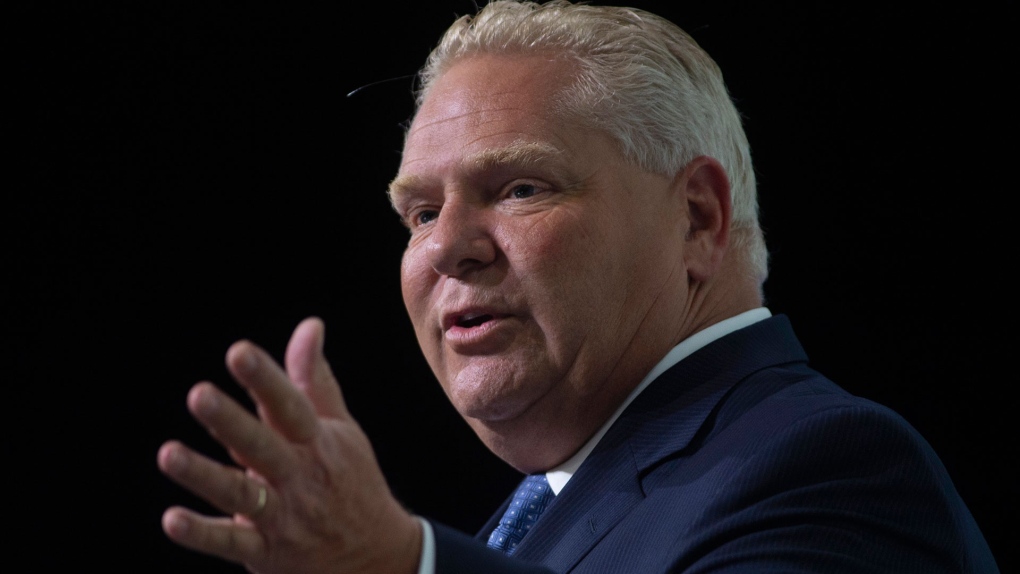 TORONTO -- Ontario has secured half of the funding for a proposed French-language university, the Progressive Conservative government said Thursday as it invited Ottawa to come up with the other half.

The project would cost $126 million and take eight years to be completed, the province said in its request to the federal government.

"Ontario has secured the necessary approvals for its share of the project, (and) is ready to make a financial commitment," Ross Romano, minister of training, colleges and universities, said in a letter to Melanie Joly, the federal minister of tourism, official languages and la Francophonie.

The Tories scrapped the project in November as part of their effort to balance the books, a move that sparked outrage and protests amongst Franco-Ontarians. The decision prompted then-Tory legislator Amanda Simard to leave the party caucus and sit as an independent.

The government recently said it was reconsidering its decision, and has been quietly negotiating with Ottawa to split the costs of what would be the first French-only university in the province -- home to 600,000 francophones. The school was set to be located in southwestern Ontario.

The initial cost for the project was estimated at $83 million when the plans were first announced by the previous Liberal government in 2017.

Last week, Joly proposed a formal agreement to build the school and Ontario followed up with its own pitch Thursday.

"We're still studying what we received this morning and we'll have an answer shortly," Joly's spokesman Jeremy Ghio said.

But the two documents, which have been obtained by The Canadian Press, have several differences, which underscore the apparent divide between the two governments.

In its proposal, Ottawa asks the province to begin funding negotiations once it receives "detailed information regarding the relevant infrastructure needs, clear programming and implementation timelines and projections, with related costing to the activities."

Ontario's amendments contain language that acknowledge both parties must perform a "due diligence process" addressing those issues.

Ottawa also asks the province to agree to pay back the federal contribution to the university should Ontario "not be in a position to provide funding within the expected time frame."

The province's amendments remove that clause.

"We sent the agreement back with some modifications but I'm convinced the federal government, which already indicated it's interest in reaching a deal, ... will sign, I hope," she said.

"The premier waited close to a year to reverse this cut," Schreiner said. "If he actually believed in this initiative, he would have done so in the first place, when Franco-Ontarians were speaking out en masse."

NDP francophone affairs critic Guy Bourgouin called on both to levels of government to provide a funding guarantee before the federal election.

"We cannot let any level of government get away with more empty promises and then abandon francophones after the election," he said.