Focus of Pan Am Games shifts to Toronto 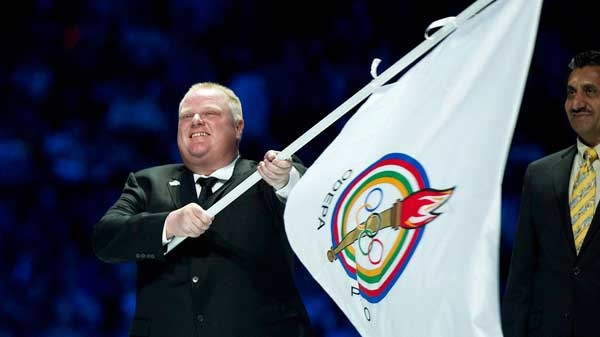 Goodbye Guadalajara. Over to you, Toronto.

The Pan American Games wrapped Sunday night with a closing ceremony that included an eight-minute segment dedicated to the Ontario capital, which will host the Games in four years.

As dancers roamed the stage, a video montage of vintage Pan Am sports highlights was played on an overhanging screen at the packed Omnilife Stadium. The crowd was also treated to scenic shots of the city and region, including the Toronto skyline, CN Tower and Niagara Falls.

"Our goal was to combine storytelling, music, imagery, athletics and dance to give viewers a sense of Toronto, its multicultural neighbourhoods and surrounding regions," TO2015 chief executive officer Ian Troop said in a release.