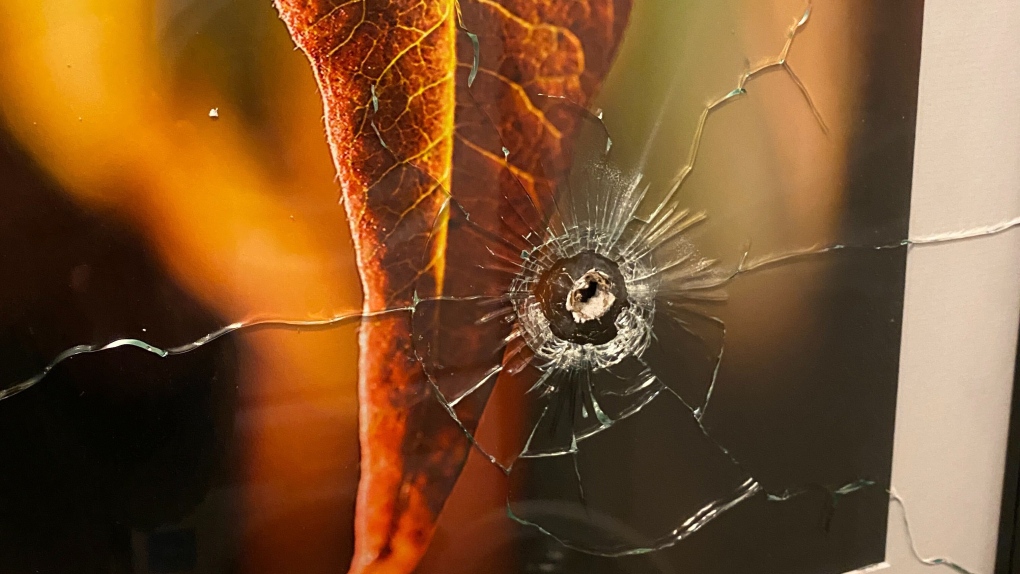 A bullet hole is seen inside a Toronto condo unit on Oct. 13, 2020. (Twitter/@lucastimmons)

TORONTO -- Toronto police say they have arrested five people and recovered a gun after two bullets were allegedly shot through the wall of a condo into the unit next door.

Const. Caroline de Kloet says officers were called to the downtown building shortly before 3 a.m. for the sound of gunshots.

She alleges shots were fired through a wall into an adjacent unit.

Canadian Press journalist Lucas Timmons says he was asleep when he heard what sounded like a door slamming.

He says he got up after hearing a second loud bang and then found bullet holes through a picture frame and through his drier, with a bullet on the floor.

Luckily I wasn't doing laundry at the time or I'd be dead.

Timmons says he believes the shots came from a unit that is used as a short-term rental.