Two people have been transported to the hospital after a fire broke out at an apartment building in the city’s St. James Town neighbourhood.

Emergency crews were called to 200 Wellesley Street around 8:40 a.m. after receiving reports of a fire on the ninth floor of the Toronto Community Housing building.

The fire was knocked down quickly, but heavy smoke continued to occupy the hallway of the building for hours. 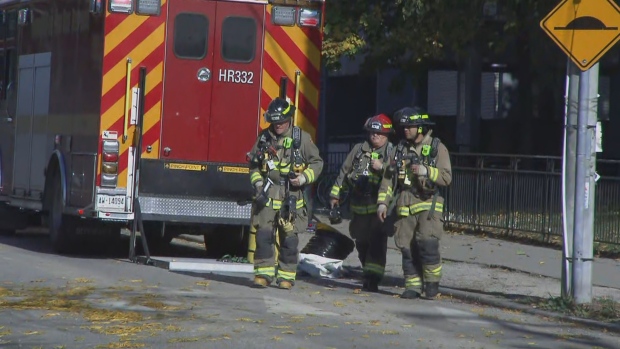 Toronto paramedics said that seven people were assessed and two people were transported to the hospital due to smoke inhalation.

One of the victims was seriously injured, paramedics said, and the other sustained minor injuries.

The event was upgraded to a four-alarm fire because crews had to go to each unit and inform tenants about the smoke migration.

Toronto Fire Platooon Chief Dan Sell said that about 30 people were evacuated from the building and others were advised to shelter "in place."

A TTC bus was brought in to provide shelter for those tenants who had to evacuate.

Investigators are still working to determine the cause of the fire.