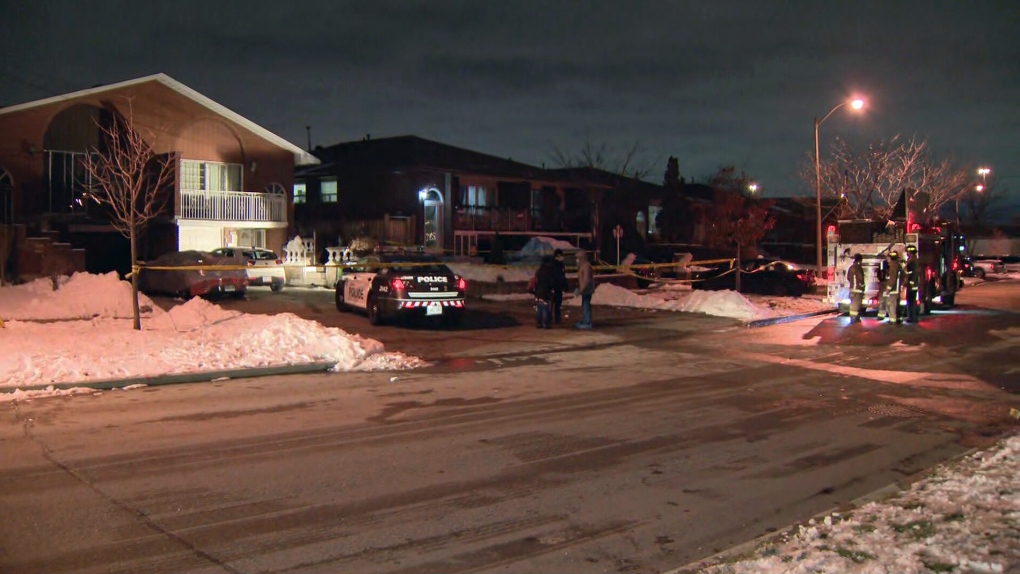 Emergency crews arrive on scene of a fire in North York that left one person dead. (CTV News Toronto)

TORONTO -- One person is dead after a fire broke out at a residence in North York on Wednesday evening.

Toronto Fire said they received a call about the blaze near Norfinch Drive and Steeles Avenue West at approximately 5 p.m. When emergency crews arrived on scene, they said they observed smoke coming from inside the front and the side of the house.

Firefighters told CP24 that the fire appears to have originated in the basement of the property.

Crews were able to force their way through the front door and found one person in the basement without vital signs, according to Toronto police.

Toronto Fire Platoon Chief Wayne Patterson told reporters at the scene that life-saving measures were performed on an “elderly gentleman” by Toronto Paramedic Services but he later died at the scene.

Patterson said it’s unclear if the man died as a direct result of the fire and that an autopsy will be conducted to determine the cause of death.

He added that the home, which houses multiple tenants, was not equipped with working fire alarms.

“We’d like to remind people to make sure their smoke detectors are working, especially at this time of year,” he said.

No other information regarding the deceased person has been released by officials.

The fire has since been extinguished and no other residents were present at the time of the fire, according to Patterson. A fire investigator has been dispatched to the scene to determine how the fire started.