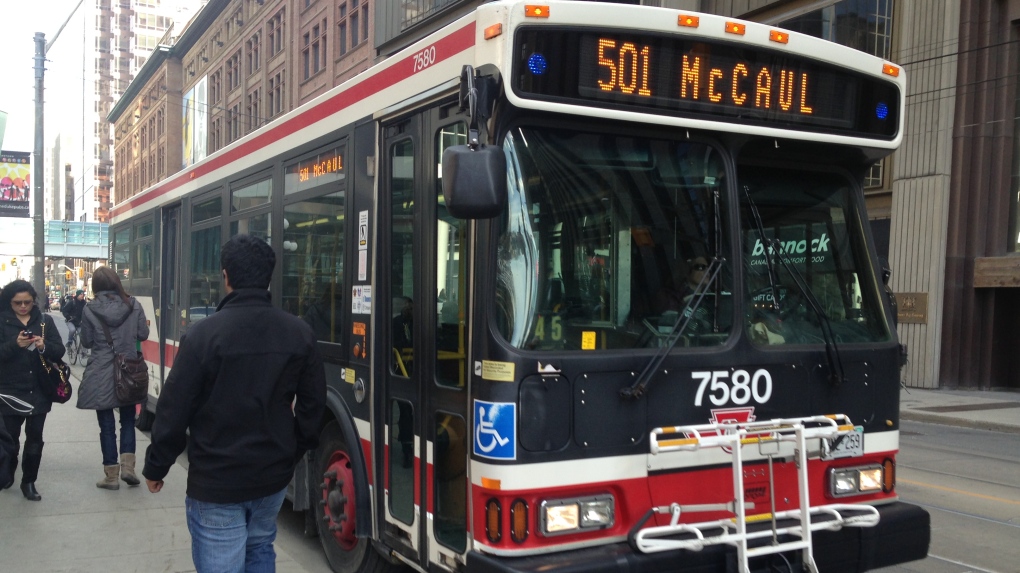 A Toronto Transit Commission bus driver facing charges following a fatal collision in January and the transit agency she works for are now the subject of a multi-million dollar damage suit.

Wendy Martella, 47, was struck by a bus at the intersection of Eglinton Avenue East and Sinnott Road shortly before 4 p.m. on Jan. 23, 2013.

She was rushed to hospital with life-threatening injuries where she later died the following day.

At a press conference held Wednesday, Martella’s husband Paul Martella and lawyer Dale Orlando spoke to the media about the reasons behind the legal action.

"The purpose of the lawsuit that we’re filing today is to attempt to hold the defendant and the TTC accountable for the tragic consequences of their failure to follow the safety procedures that were put in place," Orlando said.

"The incident was entirely preventable," he added.

Martella, who was at work when he received the call telling him his wife had been struck, described the day as the worst of his life.

"I lost my wife, my soul mate, my best friend," he told media in attendance.

Married to his wife for eight years, he said the legal action was not about money or revenge, but instead about safety.

"I don’t want anyone else to go through what I’ve gone through,” he said. “It’s been five-and-a-half months of hell."

In the months since the fatal collision, the TTC has not contacted him, Martella said.

TTC bus driver Magdalene Angelidis is charged with careless driving and failing to stop at a red traffic light.

She is scheduled to appear in court in Toronto Thursday morning.