TORONTO -- The daughter and son-in-law of a healthy Toronto man who died from the novel coronavirus say his death is only the start of the tsunami ahead and his tragic story will not be unique.

Mubarak Popat became infected with COVID-19 after returning to Canada from the United Kingdom on March 5. He died more than two weeks later in hospital. 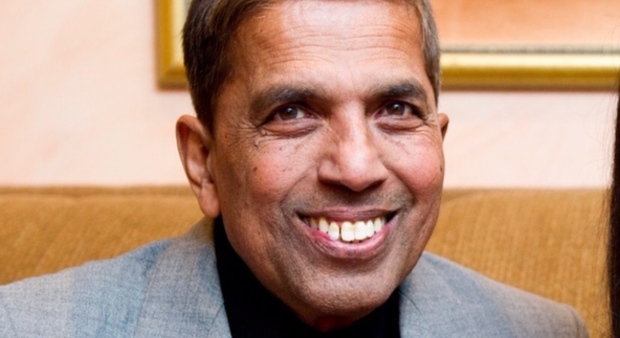 The 77-year-old man, who up until his trip abroad was still working, had no known underlying health issues. He became Toronto's first COVID-19-related fatality on March 21.

Popat's daughter, Nooreen, and his son-in-law Rick, are both doctors working on the frontline to combat the spread of COVID-19. Rick is an emergency room doctor and Nooreen is a respirologist. They both work at the same hospital Popat was admitted to.

"He travelled in February to the United Kingdom for the funeral of his eldest sister," Nooreen told CTV News Toronto on Monday. "He started to feel sick exactly a week after he returned."

Popat, who was employed at a grocery store in Toronto’s Little India neighbourhood, started feeling tired and had a fever, his family says. Because of his recent travel history, he was taken to hospital to be tested for COVID-19.

"He went home to rest and was okay for a couple of days,” Rick said. “The same day the swab results came back, he felt very unwell and started experiencing trouble breathing."

"He had never been to a hospital in his life, not because he avoided doctors, but because he was healthy. This was the first time he asked us to take him to the emergency department. We knew something was really wrong."

Popat's condition deteriorated over the next few days and he was transferred to the intensive care unit where he was intubated. He died Saturday night, seven days after he started experiencing symptoms. 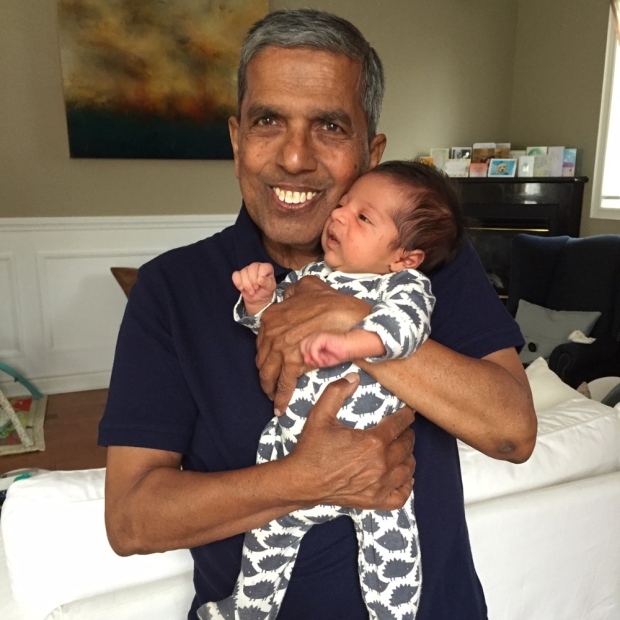 Rick and Nooreen said it was heartbreaking not being able to be with her father in his final moments.

"We could not make physical contact with him, we couldn't sit in the room. We wore masks and gowns. We didn't look like the family members he normally sees and recognizes," Rick said.

Nooreen said the experience was "devastatingly isolating" and that she was heartbroken her father would have felt alone in his final moments.

"I had a moment to say a few things to my dad that we all hope we can say to our loved ones before we go," Nooreen said. "It was unimaginably hard and unimaginably traumatizing. It is going to take a long time to work through the feelings having gone through that."

'Start of tsunami ahead'

For the first time in his career, Rick says that he is afraid of the tidal wave of patients who could soon flood Canada's health care system.

"This is a very real phenomenon," Rick said. "We strongly believe this is the start of the tsunami ahead." 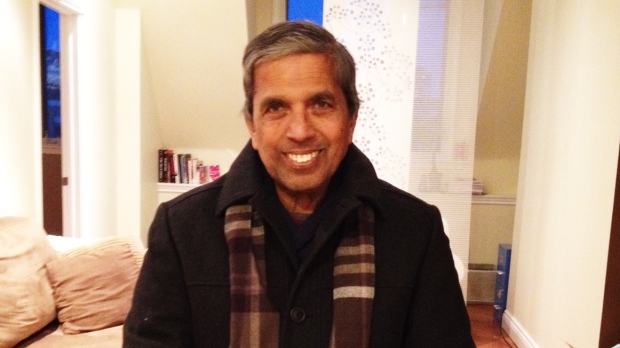 "We're scared, really scared for the first time in our career about the challenges we're going to face in regards to not being able to provide the type of care Canadians are used to."

They are now pleading with all Canadians to help prevent the spread of the virus to lessen the impact on health care resources.

"I plead this with you, not only as a frontline emergency worker, but as a family member who has experienced first-hand a great loss from COVID-19," Rick said. 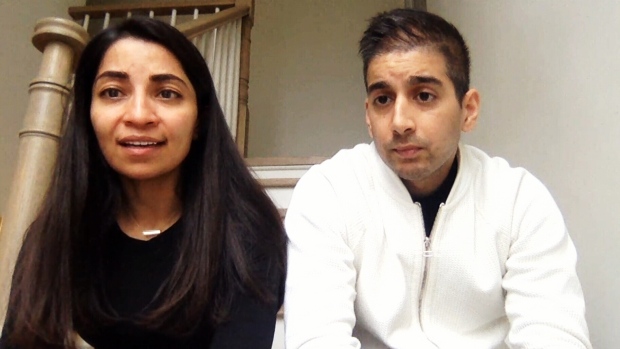 "Remember that the story of my father-in-law’s passing will not be unique. Yes, he was elderly. But already in my hospital and across the GTA we are seeing critically ill patients across many decades of life. And some of them are younger than I am."

"It just makes us realize that this is not something you can hide from or just go about your business and pretend it's not really here."

More than 500 cases of COVID-19 have been confirmed in Ontario, a number that is rapidly increasing each day. On Monday alone, more than 75 cases were confirmed in the province while more than 2,000 people are infected in Canada.