For the family of Danforth shooting victim Julianna Kozis, this was a day to help others, while acknowledging how much others had helped them.

The 10-year-old girl was shot and killed in July of 2018 when a gunman opened fire on the Danforth. Kozis and 18-year-old Reese Fallon were killed in the attack on July 22, 2018 that also injured 13 people.

“It’s very overwhelming all of the support that we’ve had from day one,” her father, Donny Kozis, said in Markham on Tuesday. “From family and friends, from our community, from people from near and far.”

In July of this year, the Kozis family launched the JDK Foundation, which stands for “Just Do Kindness”. The family wanted to find an organization, that wasn’t receiving government funding and aligned with their goals, to donate the money raised.

“In looking at where the funds would be allotted to, the Kozis family discussed and asked whether there was a foundation that focused on children and grief, and Dr. Jay was a perfect fit,” Julianna’s uncle, Steve Kanellakis, said. 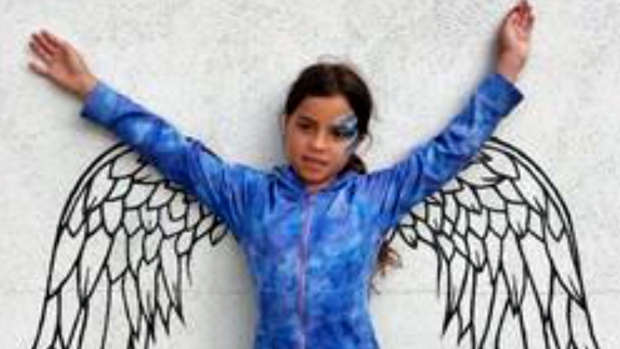 According to their website, the Dr. Jay Children’s Grief Centre provides care, support and education to grieving children, youth and their families around death and dying.

The organization runs a camp for children dealing with loss, but now, with help from the JDF Foundation, they’ve started another camp for families dealing with the same.

“A lot of families that deal with grief and trauma, especially in the early years, find that they don't want to separate themselves from their kids,” Kanellakis told CTV News Toronto.

“So this family camp that they started, Camp Kindness, gives them the opportunity to go to a two-day camp together and go in a real safe environment and be with people that have experienced trauma and grief such as themselves.” 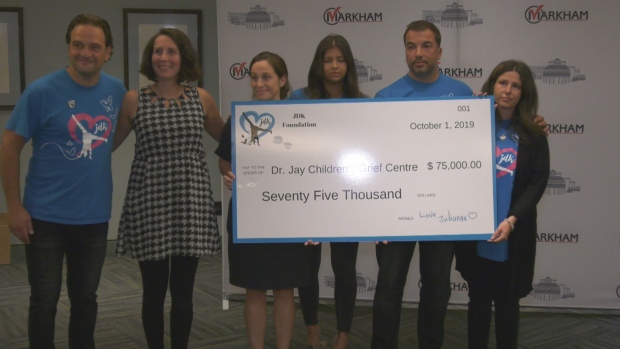 Starting with a public celebration in July to launch the foundation, the Kozis family hoped to raise $25,000. But at the cheque presentation, Julianna’s father told reporters that they had far exceeded that.

“I’m happy to say with all the support, we’ve managed to triple our goal to $75,000, which is absolutely outstanding.”

Accepting the donation, Dr. Jay Children’s Grief Centre’s director of programs and services, Sarah Henderson, said “a donation of this size makes an enormous difference to the programs we are able to offer and to the programs we've been able to develop like Camp Kindness in Julianna's memory.”

Acknowledging the mixture of bitter and sweet emotions he felt on this day, Kozis told supporters today the donation is “a great thing, it’s a great outcome of kindness for everyone.”