TORONTO -- A father whose son was rushed to hospital after becoming unresponsive on a vacation said he felt taken advantage of when a popular resort's medical clinic in Dominican Republic took his child to a hospital 35 minutes away instead of one much closer.

Barrie, Ont. resident Darren Burley was on vacation with his family to celebrate a birthday at Fantasia Bahia Principe in Punta Cana in November when his son, Hunter, suddenly became unresponsive.

"All of a sudden with no experience of seizures he started to convulse," Burley told CTV News Toronto on Monday. "I grabbed him and started screaming. I ran towards the lobby and the reception staff said there was no doctor available, but there is one at the neighbouring resort." 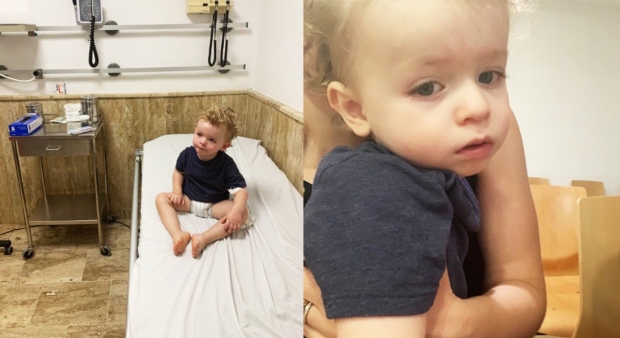 Burley said staff brought over a golf cart and they were taken about a kilometre to the nearby resort.

"When we got there Hunter was still not responsive, his temperature was almost 42 degrees. They gave him a shot that brought his temperature down and within about 10 minutes he was alert and stable again."

The on-site doctor told the family he was concerned about damage to Hunter's brain and that he needed to go to the hospital urgently. Burley said an ambulance arrived but they wouldn’t transport the boy until they had his passport and a credit card.

Burley said he ran about a kilometre back to his hotel room and grabbed his documents from the safe. When he returned, he said he was told the hospital was about five minutes away. 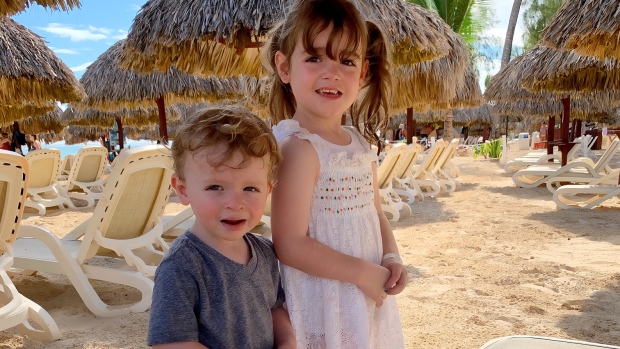 "At 15 minutes into the drive, I started to question the driver," Burley said. “I’m not exactly sure if he spoke English but he kept ignoring my questions about why we weren’t at the hospital yet."

"I said, 'We have already passed the hospital' but they kept telling me we were almost there."

Burley said after 35 minutes, they finally arrived at the hospital – Hospiten Bávaro – only to find out they wouldn’t accept his travel insurance. 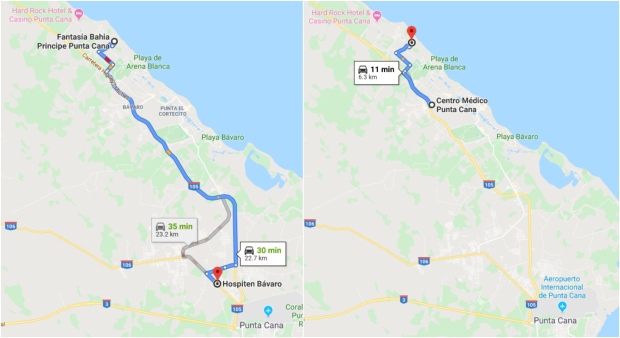 "At that point, the hospital administrators told me they won't accept my insurance and they need a deposit for $3,000USD."

Burley said while he was on the phone with his insurance company, hospital staff began treating his son and said he likely had tonsillitis. Doctors then told him they needed to complete an MRI and that Hunter would need to stay the night.

"I'm questioning why, if it's tonsillitis, does he need an MRI? Why are they telling me my son has to spend the night? They kept telling me it was doctor’s orders."

"I had a feeling it was a scam at this point. I told my wife, I don't feel good about this. In the meantime, I looked on my phone and there were two hospitals way closer to the resort. One is actually affiliated with Canadian doctors." 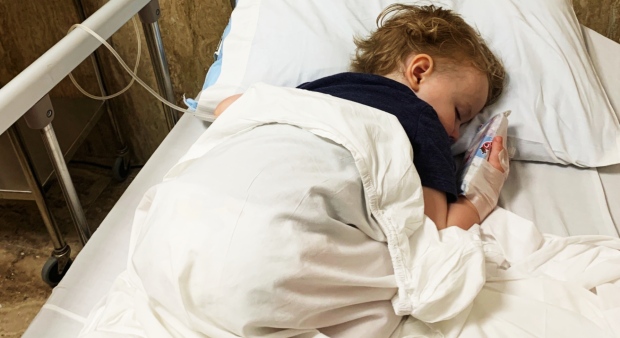 Burley said he then told the doctors they would be leaving and needed his son’s medical records.

"At that point an armed guard approached us with hospital staff. The hospital produced a bill for $1,000USD for an examination of our son and a prescription. The armed guard stayed around us for the remainder of the time at the hospital."

"We eventually paid the bill and left but we were now miles from our resort at 11 p.m. in a bad area."

Burley said after stopping to fill a prescription for his son they eventually made it back 22 kilometres to the resort.

"In the morning, we went to speak with the hotel general manager," Burley said. "I wanted to know why we weren’t we taken to the closest hospital."

"He offered me a free 30-minute massage for my inconvenience, which was obviously insulting. This whole thing is not about the money, it's about letting people know, especially with young kids, that if you need a hospital, you’ll be taken to the closest one."

"There are other hospitals that take insurance only five minutes away from the resort. I felt like they were taking advantage of a family in an unfortunate situation." 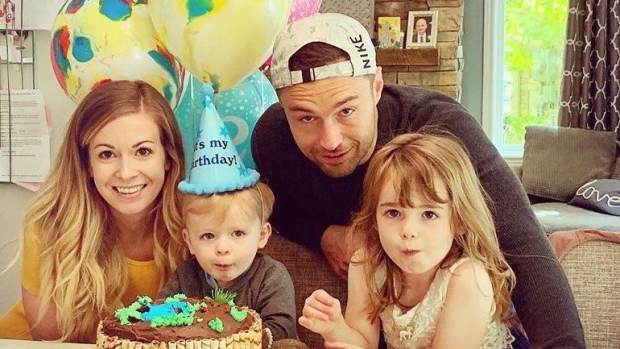 In a statement to CTV News Toronto on Wednesday, Bahia Principe said they are now "reviewing the protocols and the information surrounding medical care at their resorts."

"We strive to provide the best possible service to our guests throughout their stay. This includes the convenience—and in some situations, critical emergency help—of having an on-site medical provider, Hospiten, a top local medical company," the statement said.

"As a private provider, the service Hospiten offers is separate from our resort. Once in their care, it is up to the guest to make choices about further medical treatment, including insurance, access and distance."

Doctors in Canada told Burley that Hunter actually had a bacterial infection which caused an abnormally high fever and then a seizure. He said he’s being treated with antibiotics and is now feeling much better.

Burley, who posted about the ordeal on his Facebook page, is now warning people heading down south on holiday to do a bit of research before they leave.

"People end up learning the hard way. If I knew before I went to Google where the closest hospital is to the resort, I could have called them out."