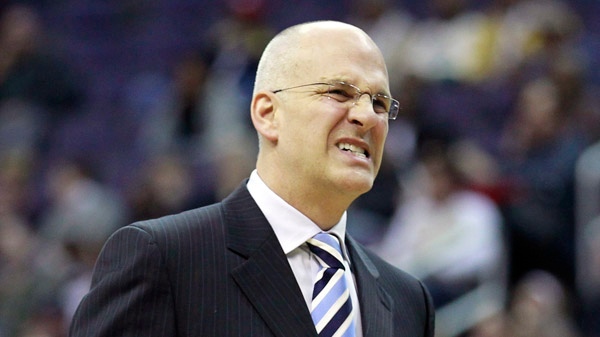 A prominent sports figure and father of a former Toronto Raptors coach is facing sex charges related to two girls.

Howard (Howie) Triano was released on bail Friday pending his next appearance Jan. 11.

Triano, 78, of Niagara Falls, Ont., is the father of Jay Triano, who coached the Raptors for the past three seasons.

Police say their child-abuse unit began investigating after someone alleged sexual offences against a young female.

Triano, who was arrested Thursday, is charged with two counts each of sexual assault and sexual interference.

The alleged victims were aged six and 15 and the abuse is said to have taken place in the past three years.

Police say their probe is ongoing, and are appealing to the public for any further information.

A customary publication ban was imposed on any evidence at the bail hearing.

Triano was a member of Canada's national basketball team before moving into education.

Triano played basketball at the Olympics, World Championships and Pan Am Games and was inducted into the Niagara Falls Sports Wall of Fame in 1996.

He worked as a teacher and principal for more than 30 years, and has served as a local basketball coach.

The Toronto Raptors had no comment on the charges.