'Everyone has a home here': Citizenship ceremony held at Toronto’s Fan Expo

It was an out-of-this world ceremony held at the Metro Toronto Convention Centre, as 90 new Canadians swore their oath of citizenship in front of an array of science-fiction characters.

From Princess Leia to a platoon of Stormtroopers, members of the Canadian Garrison of the 501st Legion provided an array of personalities to witness the ceremony—and interact with new citizens.

“The mix of the very official thing, with the very funny thing- that was really great,” said Pezhmal Pourhossfini, who moved to Canada with his family from Iran. “Canada is the best country that you can find all around the world.” 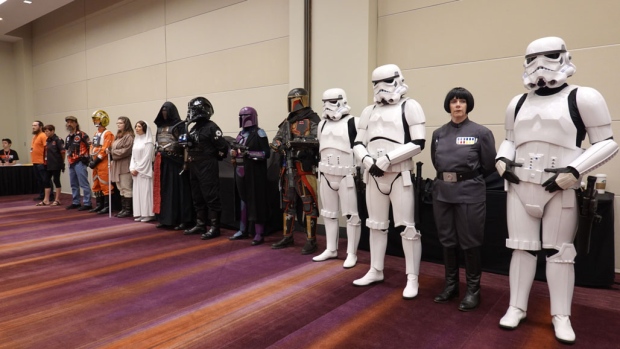 Science fiction characters line the hall where soon-to-be Canadians are getting ready to take their oath. (Scott Lightfoot/CTV News Toronto)

The new Canadians include people from 36 different countries.

Christopher Crowell moved to Canada from California 15 years ago and on Thursday he and his sons became citizens.

“It was an aspiration I had for the family to move here and just allow my sons to have that freedom of choice to see what to do and experience besides growing up in the silo of the United States”.

Crowell’s son Morgan said “it feels fantastic” to officially be a Canadian citizen, joking about the presence of Star Wars Stormtroopers and Darth Vader.

“I wasn’t sure what to think about that. What’s the symbolism here? I thought I was joining the good guys!” 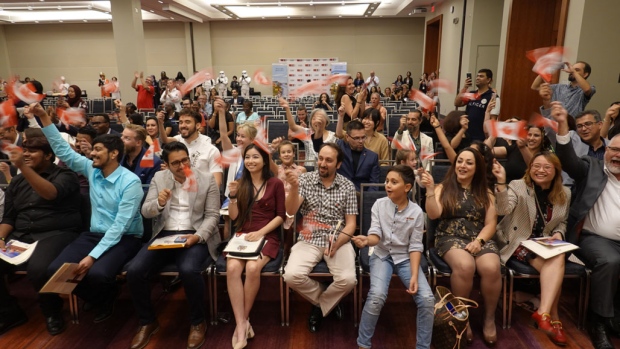 For Arturo Gonzalez, the ceremony was incredibly emotional.

“Words can’t really sum up how I feel about this moment. This is very special. It’s beautiful” he said.

Gonzalez left his homeland of Nicaragua to move to Canada. As he was participating in the ceremony, he said his wife was going into labour.

“We have to be here. This is really important, being a Canadian and establishing citizenship.” He told CTV News Toronto that he would be heading straight home to be with his wife after the ceremony. 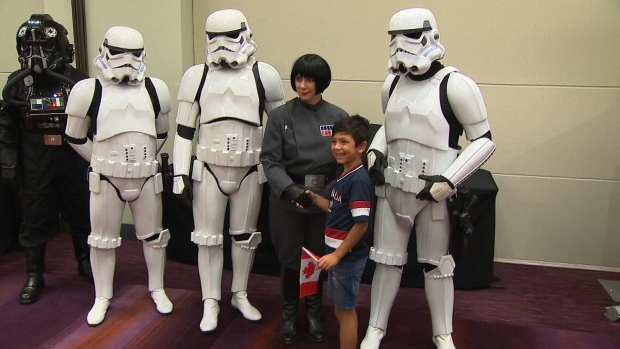 A new Canadian poses for a photograph with stormtroopers at the 25th annual Fan Expo.(CTV News Toronto)

Not everyone was impressed by the pop-culture tie-in at Fan Expo, which is celebrating its 25th anniversary.

Larry Peloso told CTV News Toronto he was “a little embarrassed for them and for Canada that this is their Canadian citizenship ceremony.”

Peloso, who sponsored two refugees through his church, had come to watch the two men receive their citizenship. He said the event felt more like Disney than dignified.

“Have the ceremony uniquely Canadian if you want, but this sounds to me like people sitting around trying to be creative and having lost the plot of what this is all about.”